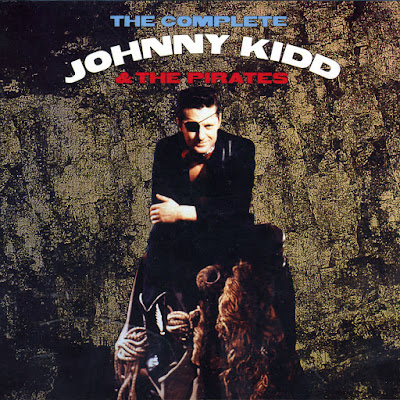 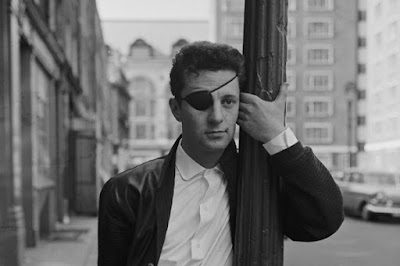 Kidd (b. Frederick Heath, 23 December 1939, Willesden, London, England, d. 7 October 1966, England), is now rightly revered as an influential figure in the birth of British rock. Although his backing group fluctuated, this enigmatic figure presided over several seminal pre- Beatles releases. Formed in January 1959, the original line-up consisted of two former members of the Five Nutters skiffle group, Kidd (lead vocals) and Alan Caddy (b. 2 February 1940, Chelsea, London, England, d. 16 August 2000; lead guitar), joined by Tony Docherty (rhythm guitar), Johnny Gordon (bass) and Ken McKay (drums), plus backing singers Mike West and Tom Brown. Their compulsive debut single, ‘Please Don’t Touch’ barely scraped into the UK Top 20, but it remains one of the few authentic home-grown rock ‘n’ roll performances to emerge from the 50s. Its immediate successors were less original and although they featured session men, most of Kidd’s group was then dropped in favour of experienced hands. By 1960, Kidd and Caddy were fronting a new rhythm section comprising Brian Gregg (bass) and Clem Cattini (b. 28 August 1939, London, England; drums). Their first single, ‘Shakin’ All Over’, was another remarkable achievement, marked by its radical stop/start tempo, Kidd’s feverish delivery and an incisive lead guitar solo from session man Joe Moretti. The song deservedly topped the charts, but its inspiration to other musicians was equally vital. Defections resulted in the formation of a third line-up - Kidd, Johnny Spence (bass), Frank Farley (drums) and Johnny Patto (guitar) - although the last was replaced by Mick Green. Onstage, the group continued to wear full pirate regalia while the singer sported a distinctive eye-patch, but they were under increasing competition from the emergent Liverpool sound. Two 1963 hits, ‘I’ll Never Get Over You’ and ‘Hungry For Love’, although memorable, owed a substantial debt to Merseybeat at the expense of the unit’s own identity. The following year, Green left to join the Dakotas, precipitating a succession of replacements, and although he continued to record, a depressed leader talked openly of retirement. However, the singer re-emerged in 1966, fronting the New Pirates, but Kidd’s renewed optimism ended in tragedy when, on 7 October, he was killed in a car crash.

This pivotal figure is remembered both as an innovator and for the many musicians who passed through his ranks. John Weider (the Animals and Family), Nick Simper (Deep Purple) and John Moorshead (also spelled Moreshead and Morshead) are a few of those who donned the requisite costume, while the best-known line-up, Green, Spence and Farley, successfully re-established the Pirates name during the late 70s. 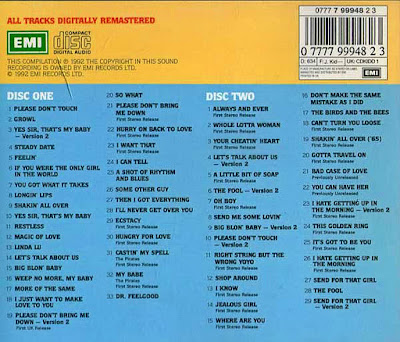 Does anyone have this? 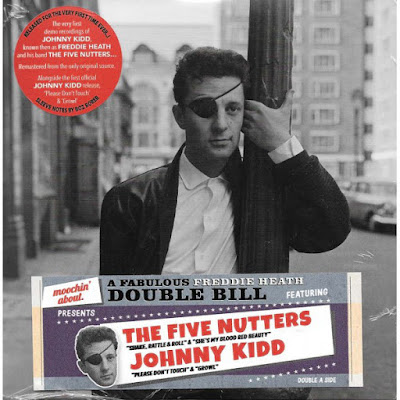