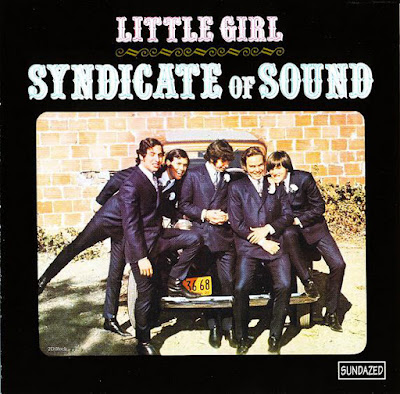 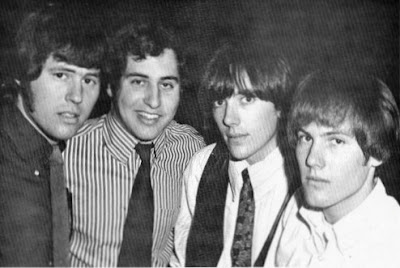 Formed in San Jose, California in 1964, The Syndicate Of Sound are considered to be one of the forerunners of Psychedelic Rock, establishing a national following based on their hit "Little Girl". Comprised of vocalist / guitarist Don Baskin, guitarist / keyboardist John Sharkey, lead guitarist Larry Ray, bassist Bob Gonzalez and drummer John Duckworth, the group rose from the ashes of the high school bands The Pharaohs and Lenny Lee And The Knightmen. The new group won a Battle Of The Bands contest, beating out a hundred other groups to win a recording session with Del-Fi Records. Their debut single, "Prepare For Love", received some local air play, but ultimately failed to chart nationally. Undaunted, the band continued working on new, original material and began shopping a tune called "Little Girl" to anyone who would listen. Nearly everyone turned them away before Hush Records, a predominantly Rhythm And Blues label in Richmond, California, decided to take a chance and issued the record locally in late 1965. The song became a regional hit, selling 5,000 copies after San Jose radio stations picked up on it. Executives at Bell Records were soon to take notice and took over distribution of the single as well as offering the group the chance to record an album.
As "Little Girl" started to break nationally, first in Oklahoma City, original guitarist Larry Ray was fired from the band and replaced by Jim Sawyers. With the song climbing to the #8 spot in 1966, Bell Records sent the group on tour to promote their record, only taking time off to tape TV shows like American Bandstand and Where the Action Is. James Brown, who appeared with them on one of the TV shows, was so impressed that he invited them to open his theater show in San Francisco. The Beatles' manager, Brian Epstein wanted them to open for the Fab Four on their 1966 tour, but would not offer enough financial incentive to ink a deal. The Syndicate Of Sound continued to play venues in the North-West United States, appearing in concert with The Rascals, The Yardbirds, Neil Diamond, Sam The Sham And The Pharaohs, Tommy James, The Animals and The Rolling Stones.

A follow-up to "Little Girl" was a song called "Rumors" that also reached the Hot 100 and peaked at #55 in October, 1966. Still later, the band came up with "Get Out Of My Life", which Bell Records refused to release, saying the lyrics were too risque. Two more singles were issued, "Keep It Up" and "Mary", but neither of them charted. Drummer John Duckworth was drafted at the height of the Vietnam conflict and bassist Bob Gonzalez dropped out. The Syndicate Of Sound recorded two more singles near the end of the '60s for Buddha Records; "Brown Paper Bag", which reached #73, and "Mexico", which failed to chart. The band split up in 1970. Don Baskin moved to Los Angeles where he found work as a studio musician and later turned to Country music during the height of the Disco era.

As for the song "Little Girl", it was later recorded by Country singer Dwight Yoakam, as well as the English pseudo-punk group The Banned, which reached the UK charts with it in 1977. The Punk band The Dead Boys included a live version of the song on their 1977 debut album, "Young, Loud and Snotty". After being renamed "Hey Little Boy", the tune was also covered by the Australian band Divinyls in 1988 on their "Temperamental" CD. R.E.M. was known to play the song as part of their early live shows. The San Francisco Bay Area band CHOC'D also performed the song during their concert performances. "Little Girl" has also been recognized by the Rock And Roll Hall Of Fame Museum in Cleveland, Ohio, where it has been on constant rotation in the One-hit Wonder section. 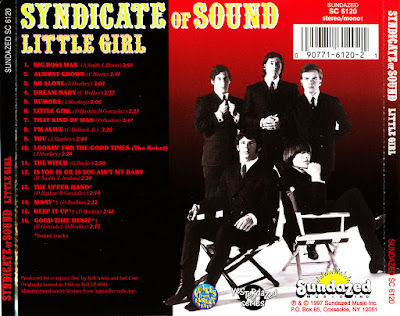 tags The Syndicate Of Sound