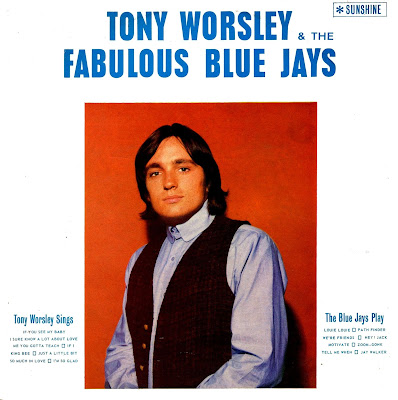 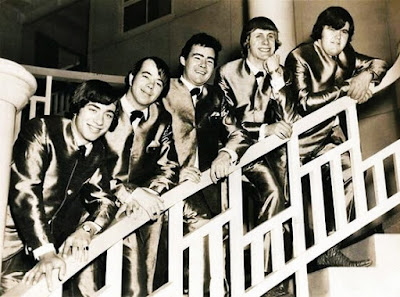 In the wake of the incredible success enjoyed by pioneering Aussie 'beat' acts Billy Thorpe & the Aztecs and Ray Brown & the Whispers in 1964, just about every local A&R man, artist manager and would-be talent scout in the country was on the lookout for similar acts that could tap into this lucrative market. In quick succession came Normie Rowe & the Playboys, Ronnie Burns & the Flies, Johnny Young & Kompany, Mike Furber & the Bowery Boys and many other similar outfits. The core players of these groups typically came up through the late '50s / early '60s instrumental surf-beat boom, or sometimes from a jazz background. Loathe to mess with a successful formula, impresarios with dollar signs in their eyes (or pounds, as it was then) would take such seasoned groups and team them with a fresh-faced front man with the requisite pin-up appeal for the young ladies (remember — these were the "scream years" of Aussie pop, as rock historian Glenn A Baker described the era). And so it was that Tony Worsley & The Fabulous Blue Jays, one of the most accomplished and exciting of these groups, came to be.  more : 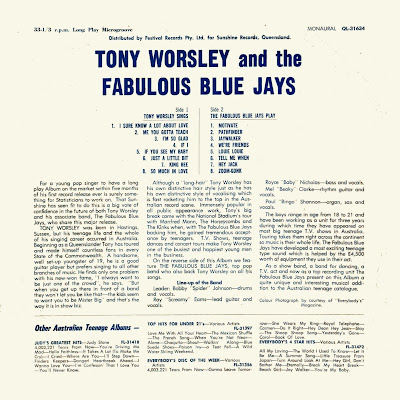