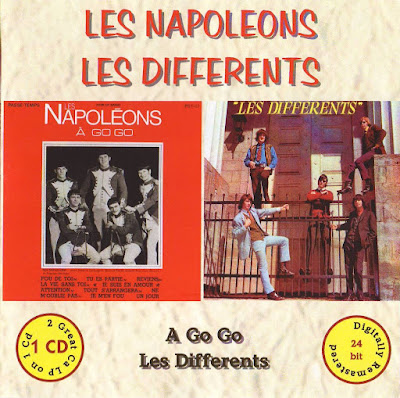 "Les Napoleons are certainly a curious experience to be had. A cover group from Montreal, who cut a cover album of Beatles songs completely in French and considerably more garagesque lo-fi. One will undoubtedly recognize the Beatles famous guitar parts, and even be compelled to sing the lyrics in English only to be confused by the French words spouting forth in all the choruses. I shan't be so bold as to claim I uncovered this gem, I downloaded it well of a year back from Lost-in-Tyme before they had all those legal run-in and had to change everything up and I got all frustrated trying to keep up. Nevertheless, I am still entirely enamoured by these covers, and I strongly advise all fans of the Beatles, French rock, garage rock or oddities to grab this." (Spacerockmountain) 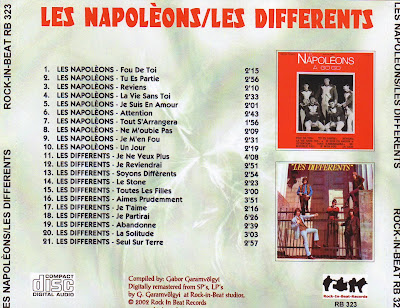