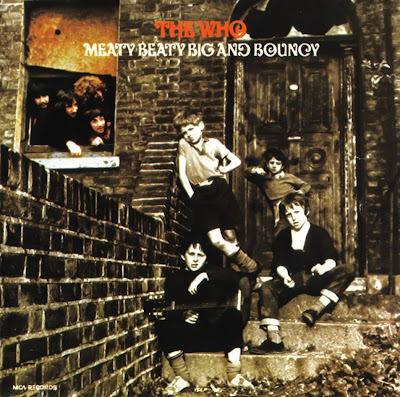 Meaty Beaty Big and Bouncy has the distinction of being the first in a long line of Who compilations. It also has the distinction of being the best. Part of the reason why it is so successful is that it has an actual purpose. Meaty was designed as a collection of the group's singles, many of which never appeared on albums. The Who recorded their share of great albums during the '60s, but condensing their highlights to just the singles is an electrifying experience. "The Kids Are Alright" follows "I Can't Explain," "I Can See for Miles" bleeds into "Pictures of Lily" and "My Generation," "Magic Bus" gives way to "Substitute" and "I'm a Boy" -- it's an extraordinary lineup, and each song builds on its predecessor's power. Since it was released prior to Who's Next, it contains none of the group's album rock hits, but that's for the best -- their '60s singles have a kinetic, frenzied power that the louder, harder AOR cuts simply couldn't touch. Also, there is such a distinct change in sound with Who's Next that the two eras don't quite sound right on one greatest-hits collection, as My Generation and Who's Better, Who's Best proved. By concentrating on the early years -- when The Who were fresh and Pete Townshend was developing his own songwriting identity -- Meaty Beaty Big and Bouncy is musically unified and incredibly powerful. This is what The Who sounded like when they were a great band. 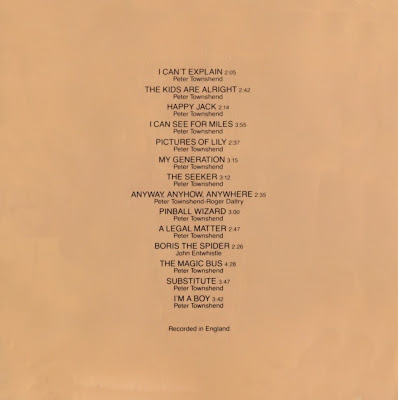