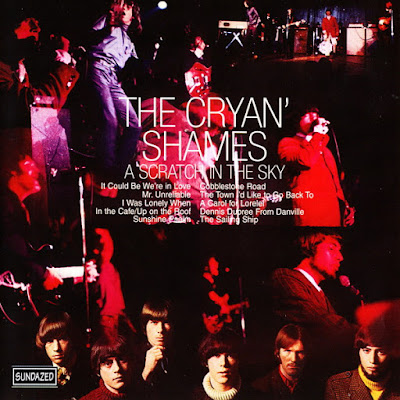 On their second album, the Cryan' Shames shifted from the heavy British Invasion and Byrds influences of their debut into a more California sunshine pop-flavored sound, without abandoning their debts to the Beatles and the Byrds altogether. Never mind that they weren't from California; the harmonies, and sometimes the arrangements, have definite echoes of the Beach Boys and the Association. The Cryan' Shames were good harmony singers, and all but two of the songs on the LP are the work of group members Jim Fairs and Lenny Kerley. But the fact is that the songs aren't nearly as good as those of the Beach Boys, though there are definite nods to classics like "Wouldn't It Be Nice" in some passages, and not even as well-tailored for AM success as the Association's hits. As such groups go, though, they're above average and more wide-ranging, getting into some faintly Byrdsy and faintly psychedelic sounds on "The Sailing Ship," Revolver-influenced guitar work on "Mr. Unreliable," and pure gossamer harmony pop on "The Town I'd Like to Go Back To." Sometimes it seems like they can't make up their mind what to emphasize: "Sunshine Psalm" has a hard-driving verse that sounds influenced by the Byrds' "I See You," yet melts into light Association-styled harmonies in other sections. The cover of the Drifters' "Up on the Roof," which came out as a single, is way too MOR-slick, though. The 2002 CD reissue on Sundazed adds seven bonus tracks. Five of them are single versions of songs from the LP; the others are the 1968 non-LP soft rock single "Young Birds Fly" and the B-side "The Warm," a harmony ballad with more Beach Boys-Association influences. 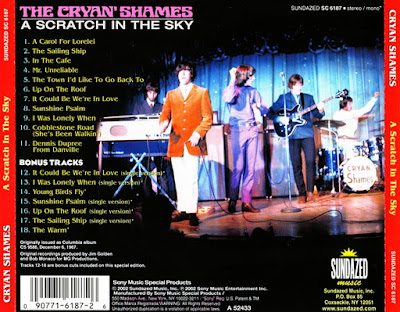