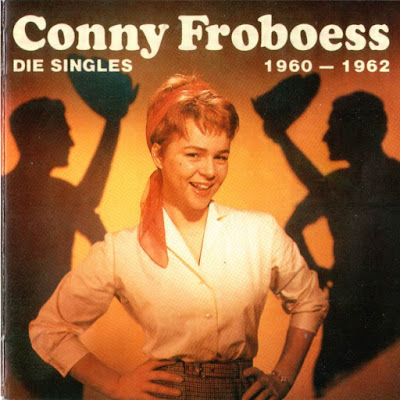 Cornelia Froboess  born 28 October 1943) is a German actress and a teen idol of the 1950s and early 1960s. During that time, Froboess appeared in many West German and Austrian musical films, especially after the rock and roll wave had hit Germany. In those comedy films, she would often portray the typical Berliner Göre (brat from [West] Berlin) who craves independence from her strict parents.

As Die Kleine Cornelia she had her first hit record in 1951, aged eight, with a song written by her father. "Pack die Badehose ein" (Pack your swimsuit") is a cheery tune about a group of children going swimming on a hot summer's day at Wannsee. The title of the song has become a set phrase and synonym for going swimming easily recognized even by speakers of German who have never heard of the song. As she grew she recorded as Conny then Conny Froboess

In 1962, Froboess finished in sixth place at the Eurovision Song Contest, where she sang "Zwei kleine Italiener" (Two little Italians) for Germany. It sold over one million copies and was awarded a gold disc. The same year she appeared as herself in Jean Renoir's comedy film The Elusive Corporal.

Later, Froboess became a theatre and movie actress. In 1982, she appeared in Rainer Werner Fassbinder's film Veronika Voss. In 1988 she played Marthe Schwerdtlein in Goethe's Faust I, a performance that was also released as a film: Faust – Vom Himmel durch die Welt zur Hölle. In 1997 Froboess played the mother of the protagonist Martin Brest (Til Schweiger) in the film Knockin' on Heaven's Door. On stage, she appeared in Lessing's Minna von Barnhelm in 1976, staged by Dieter Dorn,[2] and played Ellida in Ibsen's The Lady from the Sea in 1990.[3] At the Salzburg Festival 2004, she played Mary Tyrone in Eugene O'Neill's Long Day's Journey into Night.[4] The same year she played the title role in Bertolt Brecht's play Mother Courage and Her Children. 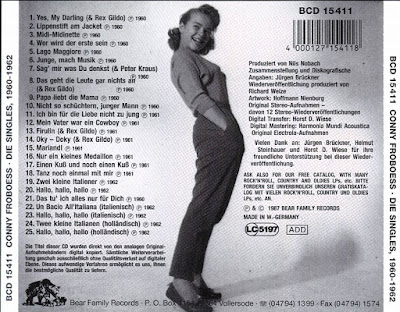