Spanky and Our Gang - The Complete Mercury Singles 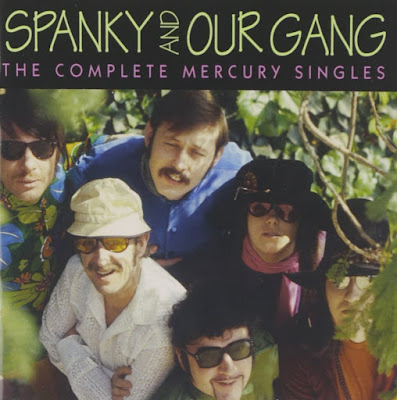 Often compared to contemporaries the Mamas & the Papas, Spanky & Our Gang, fronted by singer Elaine "Spanky" McFarlane, were a bright and sunny pop vocal singles act during the often drug-addled closing days of the 1960s. The group had a remarkable and creative run of hits for Mercury Records between 1966 and 1969, including the classics "Sunday Will Never Be the Same," "Lazy Day," and "Like to Get to Know You," songs that still sound fresh five decades after they were released. This set collects all of the group's singles for Mercury, both A- and B-sides, in the original mono radio mixes, including the above sides, as well as a charming cover of the Beatles' "And Your Bird Can Sing" and two lushly orchestrated and eerily arranged versions of Fred Neil's "Everybody's Talkin'," one under that title and the other under the title "Echoes." A fun mix of jug band, folk, blues, and straight uptown jazz, Spanky & Our Gang were often more experimental and innovative than their singles suggest, but those singles, all presented here, remain at the heart of the band's legacy. 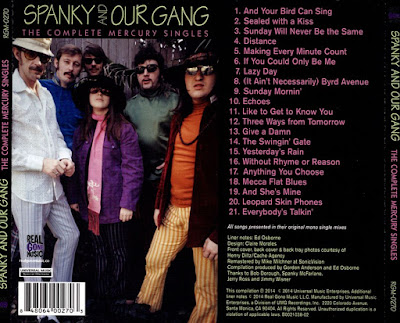