The Peanut Butter Conspiracy - For Children of All Ages (1968) 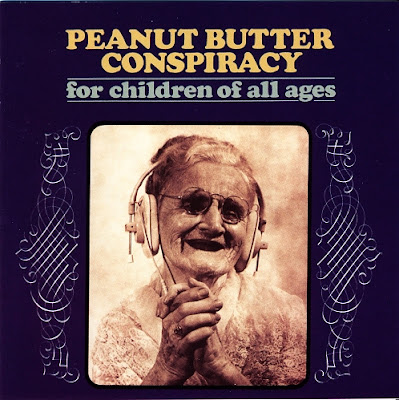 Ralph Schuckett, who played keyboard with Todd Rundgren, the Monkees, Hall & Oates, and others, adds a Vanilla Fudge sound to For Children of All Ages by Peanut Butter Conspiracy, and it is a shame more of that appealing, made-for-radio production Vanilla Fudge made famous is absent from this set. Alan Brackett's vocals sound straight out of Boston band Ultimate Spinach, and that is the downside here. The vocal pretension and bleached lyrics put a damper on this party. Still, it has its moments. Barbara Robison's voice on "Try Again" is hardly Grace Slick, but it adds a hippy vibe one expects, interrupted by strange sound effects which make the listener think the tone arm has lifted off the disc prematurely. Robison's contribution to "It's Alright" puts this group closer to New Colony Six meets Spanky & Our Gang, and an intuitive producer would've known that that was the way to go. For pomposity it's hard to beat "The Loudness of Your Silence," which would make even Paul Simon cringe. The classic West Coast sound that "Now" boasts is neutralized by the showy, ostentatious playing. "Out in the Cold Again" would have worked better had Barbra Robison sang lead; her sincerity is at constant odds with the vocal work of bassist Alan Brackett and guitarist John Merrill. When she's not singing, this band sounds like the guys taking over on Big Brother & the Holding Company's first album for Mainstream -- a recording only Janis Joplin could salvage. Here is an example of too much creative control working against an artist. 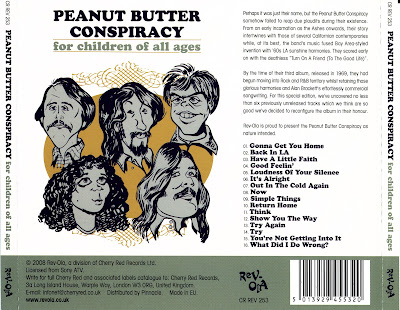