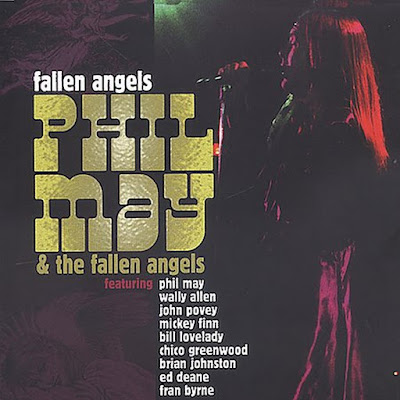 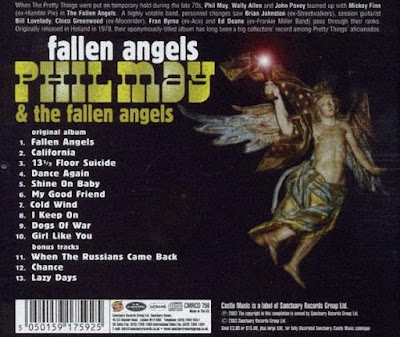 The majority of this album was recorded with former Humble Pie guitar picker Mickey Finn (not the T. Rex drummer), teamed with Greg Ridley from Spooky Tooth, Twink Adler from the Pretty Things, and former Fleetwood Mac rhythm guitarist Bob Weston. The lineup was changed almost immediately and after many recruitments and falloffs, a lineup fronted by Finn — now including vocalist Phil May of Pretty Things fame (the band was on hiatus at the time) — went to Geneva to record an album. After six weeks in Switzerland that were ruled by rock & roll-styled excess, the Fallen Angels had recorded only eight songs — none of which were finished. Upon returning to the U.K., everybody quit but May. He recruited some more players and eventually finished the album with overdubs and new songs. Once done, May toured a bit and hung it up by reconvening the Pretty Things, at which time Finn re-formed the band and recorded three more songs — included on this set as bonus tracks. The original album was only issued in Holland, and is thoroughly unmemorable, sounding like a cross between the Eagles jamming with Humble Pie and the Black Crowes. It's just icky, garage-y British blues-style rock, and being recorded in 1976 was already four years past its prime. Even the Faces had already moved on. In retrospect, it sucks, but in a charming, unfocused, drunken way. Standout tracks, if there are any, are "Fallen Angels," "California," "Cold Wind," "Dogs of War," and "Chance."