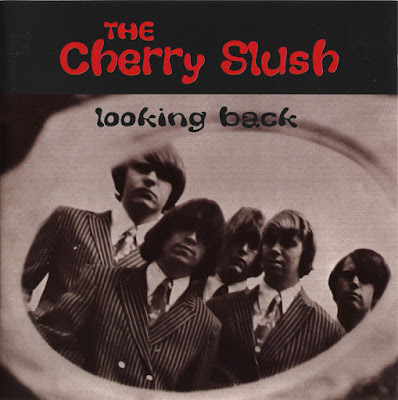 Saginaw, Michigan garage band the Cherry Slush formed in mid-1965, teaming singer Danny Parsons, guitarist Mark Burdick, bassist Art Hauffe, keyboardist Brian Bennett, and drummer Dick Coughlin. Originally known as the Wayfarers and later the Captives, in late 1966 the group tapped local legend Dick Wagner -- of Detroit sensations the Bossmen and the Frost, and later a sought-after session player -- to produce their debut single, "She'll Be Back." The record earned regional attention, and the Cherry Slush next traveled to Cleveland to cut the follow-up, 1967's "I Cannot Stop You." The single was a smash throughout southeast Michigan, reportedly selling in excess of 75,000 copies. With guitarist Gene Bruce replacing Burdick, the band recorded its third single, "Day Don't Come," at Chicago's famed Chess Studios; though another local blockbuster, it failed to garner attention outside of the Detroit scene. In late 1968, the Cherry Slush recorded their final single, a cover of the Beatles' "Birthday." The following year, the band dissolved. In 2001, Wagner's WMG label compiled Looking Back, a collection of all the Cherry Slush's singles. In the summer of 2002, the lineup of Parsons, Bruce, Hauffe, Bennett, and Coughlin reunited for the first time in 33 years to play a set as part of a Wagner tribute at Saginaw's White's Bar. 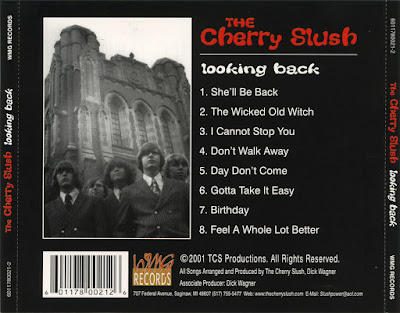