The Lively Ones ‎– Guitar Legends 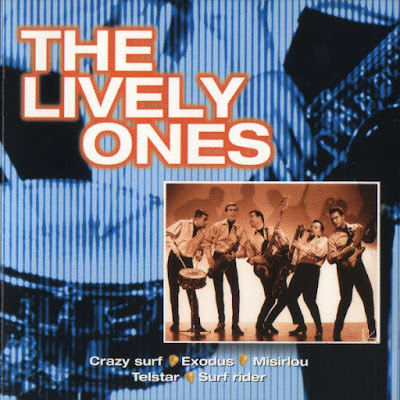 One of the best of the many instrumental surf bands working the Southern California region in 1963, the Lively Ones made recordings built around storming, reverb-drenched Fender guitars embellished by occasional raunchy sax breaks. Originality was not the Lively Ones' forte; over a period of about 12 months, they ground out about five albums, filled out with many covers or retitled numbers based on other rock and R&B compositions. They had a couple of hits in the L.A. area in 1963 ("Surf Rider" and "Rik-A-Tik"), but their best moment was probably "Goofy Foot," whose staccato gunfire of riffs deservedly propelled the track onto several modern best-of-surf anthologies. They ranged far and wide for source material, giving the surf treatment to "Telstar," "Exodus," "Rawhide," and Cole Porter's "Night and Day." Even the overdone standards are arranged and executed with panache. One best-of compilation is all you need, but anyone who likes Dick Dale will dig the Lively Ones' similar sleek arrangements and prototypically twangy, classy surf guitar leads. 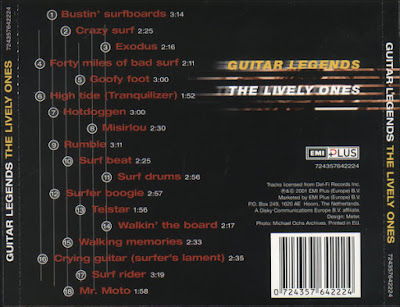 tags The Lively Ones