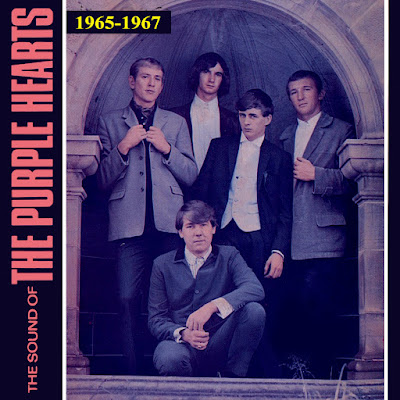 Although the Purple Hearts' legacy is rather slim, amounting to five 1965-1967 singles, the group was one of the very toughest garage/R&B-styled bands on the '60s Australian scene. Like many Australian bands of the era, they were something of a cross between the British R&B/rock groups (like the Rolling Stones and the Pretty Things) and the somewhat less adept American garage bands, though they leaned more in the British R&B direction. And, like some other notable Australian bands, they in fact featured some recent British émigrés in the lineup. Their failure to record any original material helped exclude them from the first division of such international acts, but their singles always offered satisfying R&B-oriented covers, and occasionally thrilling ones.

Bassist Bob Dames and vocalist/harmonica player Mick Hadley, both of them recent arrivals from the U.K., starting playing together around 1963 in the Impacts in Brisbane, Australia's most conservative city. With the addition of guitarist Lobby Loyde and a more avowedly nasty, bluesy attitude, they evolved into the Purple Hearts by 1965, releasing their debut single in October of that year. After that initial 45, drummer Adrian Redmond was replaced by Tony Cahill, who was on board for their best 45s, the archly rebellious "Of Hopes and Dreams and Tombstones" and a devilish hard R&B-rock arrangement of the traditional song "Early in the Morning."

None of the five singles they issued on the Sunshine label, however, were big Australian hits, and the group broke up in early 1967, before the last of these was even released. Tony Cahill made the biggest mark of any of the Purple Hearts on the international scene when, after playing with Georgie Fame for a few months, he was tapped to fill the drum seat in the Easybeats during the last part of their career. Lobby Loyde went on to become one of Australia's most acclaimed psychedelic and hard rock guitarists as part of the Wild Cherries and Billy Thorpe & the Aztecs. Bob Dames and Mick Hadley carried on for a while in a hard rock/blues-rock-oriented spinoff band, the Coloured Balls. The 2006 CD collection Benzedrine Beat! included both sides of all five Purple Hearts singles, as well as four other cuts from early 1965 acetates and seven tracks recorded (but not released in their lifetime) by the Coloured Balls. 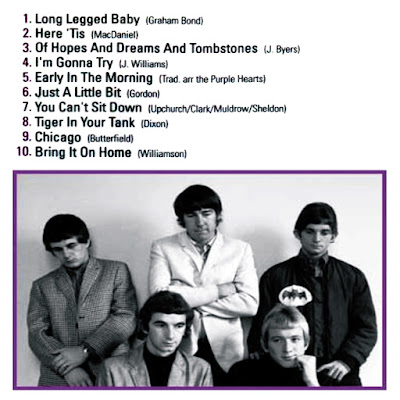