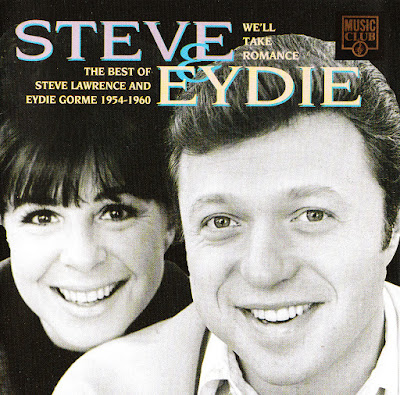 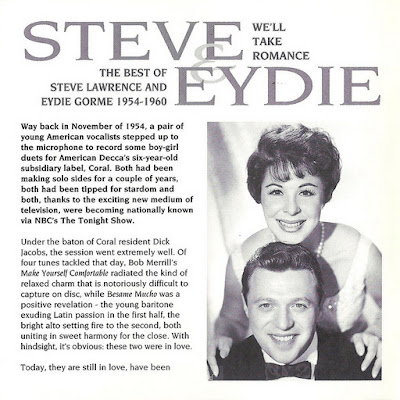 Steve and Eydie is the name of an American pop vocal duet, consisting of Steve Lawrence and Eydie Gormé. They were a husband and wife team from their wedding in 1957 until Eydie's death in 2013. Both have also had separate careers as solo singers. The performer name on their duet releases was denoted as "Steve and Eydie", without the last names. Eydie was born as Edith Gormezano, while Steve's birth name was Sidney Leibowitz.

They recorded on various labels including Coral and ABC-Paramount in the 1950s, United Artists, Columbia, and RCA in the 1960s, MGM in the 1970s, and others on to the present. Their last US chart record "Hallelujah", was shown as Parker and Penny.

Their 1960 song "We Got Us" was not released as a hit single but was the title tune on an ABC-Paramount LP album. The album earned them a Grammy Award that year.

In November 2009, Lawrence embarked on a musical tour without Gormé, who stayed home for health reasons. The Steve and Eydie official website confirmed in late 2010 that Gormé was officially retired from touring, due to health reasons, and Lawrence would be touring alone from then on.

On June 25, 2019, The New York Times Magazine listed Steve and Eydie among hundreds of artists whose material was reportedly destroyed in the 2008 Universal fire 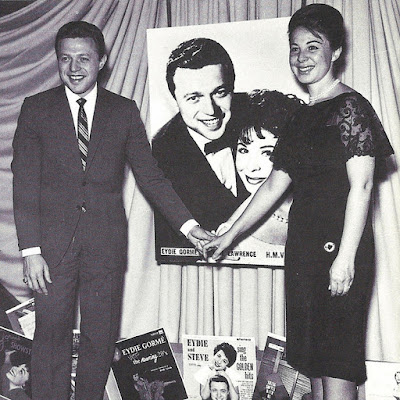 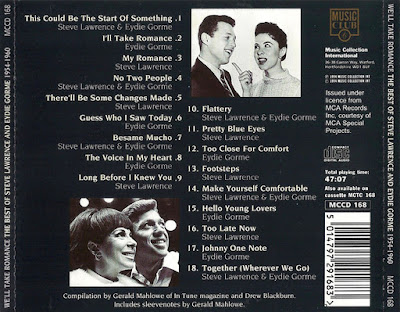