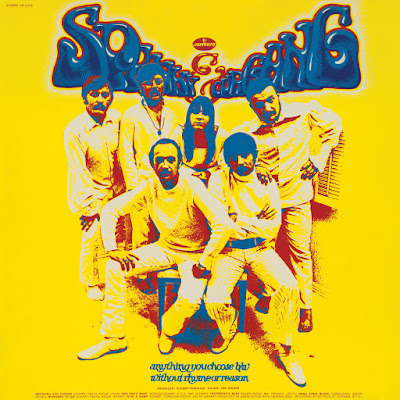 The best (though not the best selling) of the group's three original albums, Without Rhyme or Reason (which is also sometimes known as Anything You Choose/Without Rhyme of Reason) was their most ambitious creation and the album of theirs that holds up best on CD, a 40-minute soundscape in which songs drifted from one into the other. The wryly cynical "Leopard Skin Phones (cleverly describing the needs of the modern recording process) slides into a Little Brother Montgomery narrative, which dissolves to Elaine "Spanky" McFarlane giving her best blues performance ever on "Mecca Flat Blues," a co-creation of her and Montgomery; the smooth, relaxed title track with it '50s pop-jazz style harmonies, which leads into "1-3-5-8 (Pedagogical Round #2), a more musical successor to "My Bill" from the previous album and segues effortlessly into the wordplay of "Jane" (sung by Malcolm Hale, his only lead vocal on this album), which manages to recall the Serendipity Singers at their most playful, this is the prelude to "Since You've Gone," which starts out as an ethereal ballad but ends as an impassioned, screaming (yet elegantly produced) rocker reminiscent of the Grass Roots from the same period; "Anything You Choose" may be the hardest rock song the sextet ever recorded, and it precedes the romantic, folk-pop/rock styled "And She's Mine," written and sung by bassist Kenny Hodges; "Yesterday's Rain" was a valiant attempt at an upbeat, serious philosophical song, the other side of early hits like "Sunday Will Never Seem the Same" and "Lazy Day"; Hoagy Carmichael's "Hong Kong Blues" gets a lean, fresh treatment, a lively, busy vocal arrangement without too much instrumental embellishment; and "Nowhere to Go" isn't much more than a song fragment, but it makes a compelling intro to "Give a Damn," enhancing the familiar single. In contrast to their prior two albums, Without Rhyme or Reason contains no major hits, and none of the songs off of it ever charted seriously, although "Give a Damn," which closes it, nearly made the Top 40 despite a radio ban over the use of the word "damn" in its title and chorus; thus, it was their poorest selling album. The group hardly played at all on most of the record but provided their most elaborate vocals arrangements, and it proved to be their most lasting creation apart from the hit singles. The death of Malcolm Hale on October 30, 1968, during the recording of the album, coupled with the group's satisfaction over what they'd achieved musically, resulted in the decision to disband in the early 1969, soon after the release of Without Rhyme or Reason. 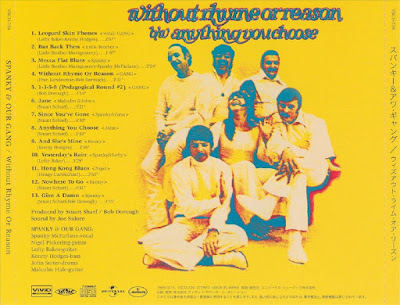