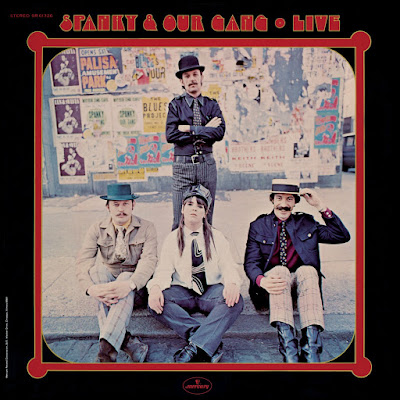 Five years before they would reunite for the country & western version of Spanky & Our Gang on the Epic Records release Change, Mercury, the home of their hits, released this live disc recorded prior to their debut for the label in 1967. The liner notes explain that "this album was recorded during the group's earlier days at the Gaslight Club South in Coconut Grove, Florida." Recorded and produced by Richard Kunc for Strawberry Hill Projects, the sound is pretty impressive. Spanky & Our Gang Live has more clarity than Judy. London. 1969., the posthumous Judy Garland album recording by her husband Mickey of her last night on-stage; it is also more precise than the Velvet Underground's Live at Max's Kansas City, which was the product of Lou Reed's abrupt departure from that group. There are no hits here, but as a historical document, it is worthwhile, the major drawback being the absence of a recording date and who is performing what. Elaine "Spanky" McFarlane sounds great on the Gordon Lightfoot tune "That's What You Get for Loving Me," and the band rocks, not only on the instrumentation, but with sterling vocals and much spontaneity. "Blues My Naughty Sweetie Gives to Me" brings the house down, deservedly so. The voices are simply amazing.

The track closest to the sound that the record-buying public became accustomed to is listed as a Carole King/Gerry Goffin tune, "Wasn't It You?"; however, the band calls it "Gypsy" from the stage. It sounds like the Beau Brummels meet the Jefferson Airplane and Spanky wraps her soul around this one -- it's a performance and a half. This is so totally different from what the world considered Spanky & Our Gang to be that it is hard to see it satisfying those longing for more "Sunday Will Never Be the Same" or "I'd Like to Get to Know You" (and neither of those hits are on this early outing). The bandmembers aren't even given credit on this, although a picture of three gentlemen in top hats and Elaine McFarlane is on the cover. "Waltzing Matilda" is totally a cappella, and in tune, showing what depth this ensemble had without studio tricks to camouflage or hide things. "Brother, Can You Spare a Dime?" is a treasure, and it is the only title here that showed up on the band's debut album. There's another Gordon Lightfoot cover called "Steel Rail Blues," and a highly political "The Klan." McFarlane contributes one of the 12 tunes with her 1940s-flavored "Oh Daddy," and it is the only writing contribution from the band. There are skits that would be perfect for vaudeville, and insight for fans on the evolution of a '60s group that was compared to the New Seekers, Peter, Paul and Mary (this album is proof why!), and the Mamas & the Papas. Engineer/producer Stuart "Dinky" Dawson recorded the unreleased Mamas & the Papas album featuring John Phillips, Denny Doherty, Spanky McFarlane, and Mackenzie Phillips in the 1980s. He also recorded every gig they did, and someday those tapes will no doubt surface as this important recording did, giving another glimpse of the great voice fans of oldies radio appreciate. This album is a wonderful primer for people to hear Spanky McFarlane in a setting before she brightened up pop radio. 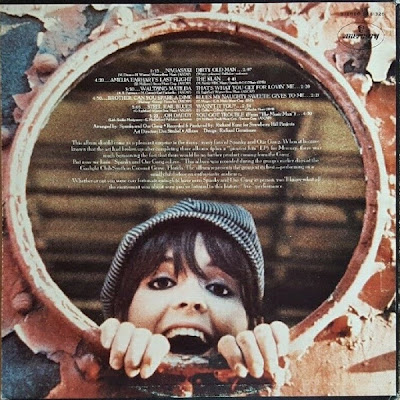