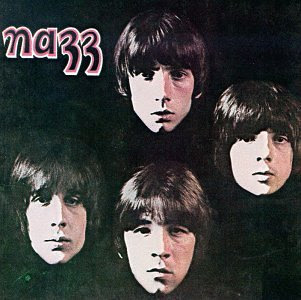 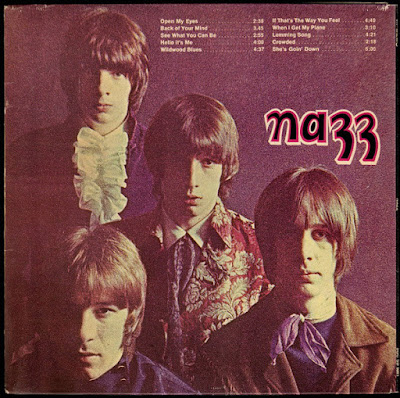 Though many of their American peers interpreted the sounds of the British Invasion in different ways, the Nazz's take on jangly guitar pop and nascent heavy psychedelia turned into a blueprint for the American Anglophile power pop guitar bands that followed in the '70s. Which is why the Nazz's eponymous debut album is still a fascinating listen, even if portions of the record haven't dated particularly well. Ironically, one of the songs that hasn't aged well is "Hello It's Me," a ballad that Todd Rundgren later turned into a contemporary standard. It fails here because its dirgey arrangement meanders -- something that can't be said for the rest of Nazz. That's not to say that the bandmembers know exactly where they're going, since it often seems like they don't; they just like to try a lot of different styles, cross-breeding their favorite bands in a blatant act of fanboy worship. At their best, the results of this approach are flat-out stunning, as on the lead cut "Open My Eyes," which twists the Who's "I Can't Explain" around until it winds up in Roy Wood territory. While that may be the only undisputed classic on the record, almost everything else on the album will be interesting to listeners that are as obsessive about '60s Brit-rock as the Nazz themselves. It's great to hear Rundgren and lead vocalist Stewkey approximate the high-pitched harmonies of Cream on "Back of Your Mind," or hearing them swing through London on "See What You Can Be." It's possible that some pure pop fans will hear too much Cream and Hendrix on the record, but they're exceptional showpieces for Rundgren's fine guitar. And that's what shines through on Nazz -- even when the record gets muddled, it's possible to hear the first flowering of Rundgren's talents.