The Peanut Butter Conspiracy - Spreading from the Ashes 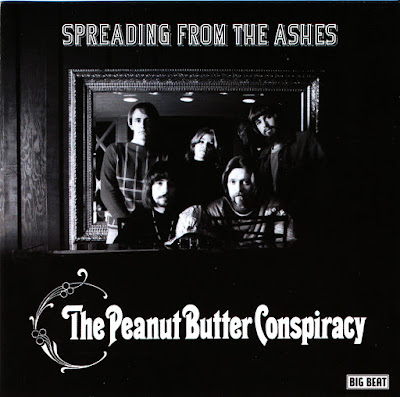 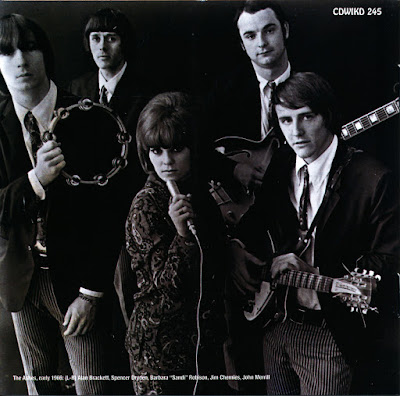 With 26 tracks from 1966 and 1967, this CD acts as a comprehensive supplement to the Peanut Butter Conspiracy's more widely circulated recordings for Columbia and Challenge. While seven of these recordings found official release in 1966 and 1967 on the Vault label, the rest were previously unissued. Too, it has seven cuts (both released and unreleased) by the Ashes, the group from which the Peanut Butter Conspiracy evolved, though most of this material was done in the early days of the era in which they were going under the Peanut Butter Conspiracy billing. Because a lot of this was done in the group's formative days, much of it's a little (and sometimes a lot) more folk-rock-oriented than the more psychedelic output on their Columbia albums. That's particularly true of the sides done by the Ashes, with Spencer Dryden (just before his Jefferson Airplane days) on drums. Like the Peanut Butter Conspiracy's more widely known work, however, the music here is a second-division (though not downright second-rate) and sometimes derivative mixture of folk-rock, psychedelia, and California pop/rock, though often a bit rawer than their more familiar stuff. There are some nice tunes here, like the 1966 Ashes single "Is There Anything I Can Do," a lost folk-rock gem co-written by Jackie DeShannon; "Dark On You Now," another moody Ashes folk-rocker that the band would remake on the first Peanut Butter Conspiracy album; and "Free," which like some of their other more bittersweet tunes is a little reminiscent of the very early Jefferson Airplane with a heavier pop flavor. The 20-page booklet has Alec Palao's usual ace detective work on filling in the obscure history of the band, with lots of quotes from interviews with some of the members.

Spreading from the Ashes 2005 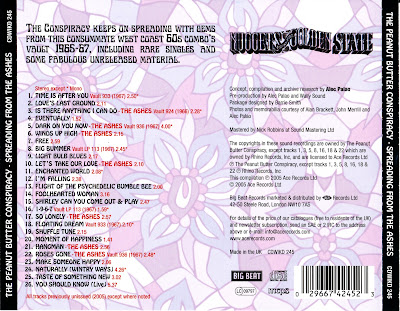