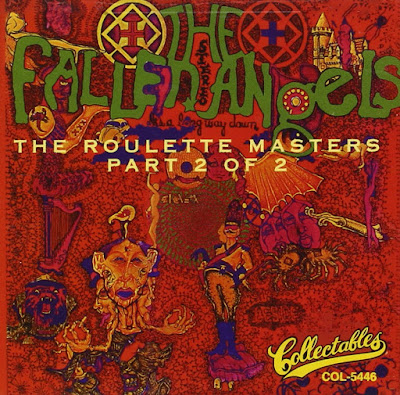 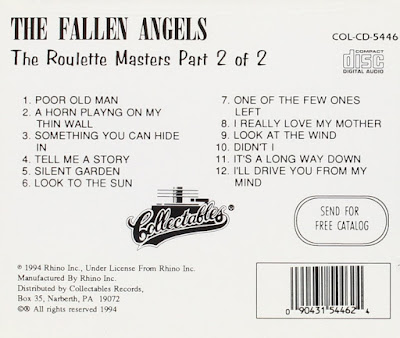 "Here's one of those forgotten albums from the 1960s that actually lives up to its praise. While comparisons to "Forever Changes" are just a bit exaggerated, the Fallen Angels were clearly heading in a similar direction. If they'd been signed to a better label & gotten some real support, they might well have created something just as mesmerizingly wonderful as that seminal album by Love.

But comparisons & speculations aside, what about the songs themselves? They're very good, with delicate & unusual music that touches equally on psychedelic & pop, and mysterious lyrics that almost make sense but don't quite, which is what makes them so haunting. You feel that you're hearing something from the next world over, something that draws you into its unique perspective, though you never can quite get there. It's that sense of reaching but not quite grasping that pervades the album, especially in light of the band's disappearance shortly after -- there's enough here to make you eager for more, but you go in knowing that there never was more. And if that knowledge colors your listening, so what? This is better-than-merely-good music that should have been a beginning, not an ending -- recommended!" ~ Tim Lukeman (https://www.amazon.com/Roulette-Masters-Part-2/dp/B0000008T4)