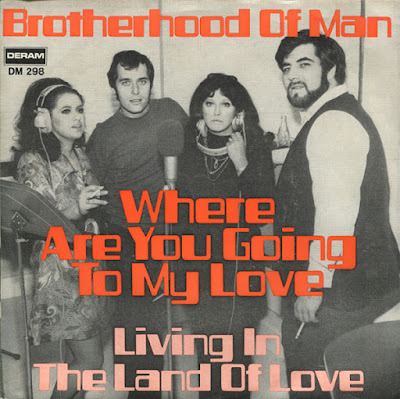 The Brotherhood of Man ranks among the United Kingdom's most successful pop groups of all time, their long career spreading across two very separate incarnations of the band, together with a string of highly infectious hit singles that carried the group through much of their first decade together, and success at the 1976 Eurovision Song Contest. The original Brotherhood of Man was formed by record producer and songwriter Tony Hiller in 1969, specifically to record a song he had recently written with vocalist John Goodison, titled "Love One Another." The original lineup comprised Goodison, fellow songwriter Roger Greenaway (better known as the songwriting partner of Roger Cook), and session vocalists Tony Burrows, Sue Glover and Sunny Leslie, the latter were already established as the duo Sue & Sunny.

Surprisingly, "Love One Another" flopped, but the band's label, the Deram subsidiary of Decca Records, kept faith and early in the new year, a second single, "United We Stand" became a hit in both the U.K. and U.S. A follow-up, "Where Are You Going to My Love," made the U.K. Top 30 in July (and has since been covered by Olivia Newton-John , the Miracles and the Osmonds), before Burrows quit. He was replaced by American singer Hal Atkinson, whose debut with the group, "Reach Out Your Hand" continued the Brotherhood of Man's American chart success.

Greenaway was the next to depart; he was replaced by Russell Stone, but when further singles failed to chart, the band was dropped by Deram. The other members drifted away, but Hiller retained the group name for various television projects, with a new lineup of Martin Lee, Lee Sheridan, Sandra Stevens and Nicky Stevens gradually coalescing from a pool of session vocalists.

Brushing off accusations that they were little more than a cut-price ABBA (who had themselves risen to prominence that same year), Brotherhood of Man returned to the studio in 1974 to record a new single. "When Love Catches Up on You" was a flop, but their next release, "Lady," scored in Holland and Belgium and, over the next couple of years, Brotherhood of Man were working regularly across the continent, scoring another hit with Barry Blue's "Kiss Me Kiss Me Baby." It was Eurovision, however, that brought the Brotherhood of Man back to prominence in the U.K. Composed by Hiller and bandmembers Lee and Sheridan, "Save Your Kisses for Me" not only romped away with the contest, it also topped the chart in no less than 27 countries, including Britain. The song was subsequently awarded the 1976 Ivor Novello awards for the Most Performed British Work, the Best Selling British Record and the International Hit of the Year.

While an album, Love and Kisses from the Brotherhood Of Man rose into the Top 20, "My Sweet Rosalie," a near carbon-copy of its predecessor, returned the quartet to the singles charts that summer, but climbed no higher than number 30. It was with "Oh Boy (The Mood I'm In)," early in the new year, that Brotherhood of Man truly took a stranglehold on the U.K. charts and, over the next two years, four further hits included the twin chart-toppers "Angelo" and "Figaro," the Top 20 "Beautiful Lover" and, finally, "Middle of the Night" in late 1978.

The group moved to Hiller's own Dazzle label in 1979, but further hits remained elusive until they shifted to EMI in 1982, the same year that Sheriden quit the band. With new singer Barry Upton on board, Brotherhood of Man returned to the chart that summer with "Lightning Flash." The group was firmly entrenched in the country's cabaret circuit by now, however, and the following year saw Lee and Sandra and Nicky Stevens all depart the group. Ironically, the quartet had just been short listed to represent the U.K. at that year's Eurovision Song Contest when the decision was made. Their song, "When the Kissing Stops," was eventually performed by another band, Rubic, but did not make it out of the qualifying competition. Brotherhood of Man were not out of the picture for long. Reuniting with Sheridan (but not with Hiller), the quartet continues to perform today. They appeared at Eurovision's 50th anniversary concert in Copenhagen in 2005, where "Save Your Kisses for Me" was, deservedly, elected the most popular U.K. entrant of all time.

Brotherhood Of Man ‎– Love One Another 1969 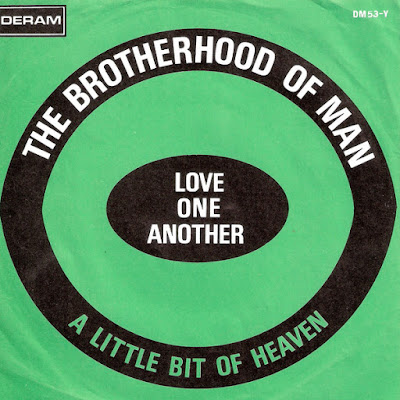 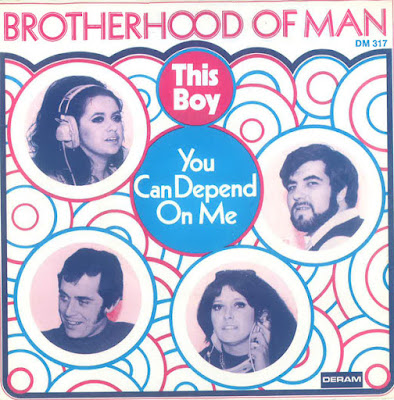 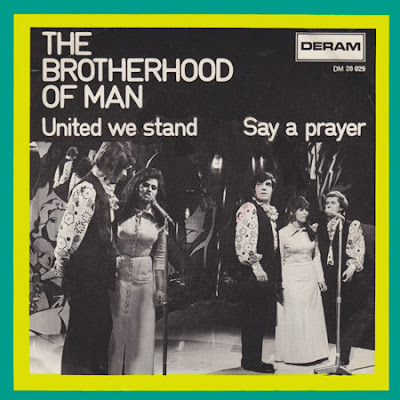 Brotherhood Of Man ‎– California Sunday Morning  Do Your Thing 1971 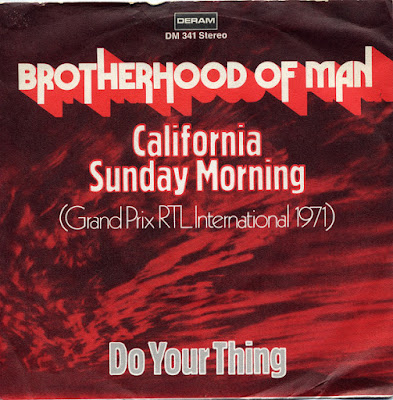 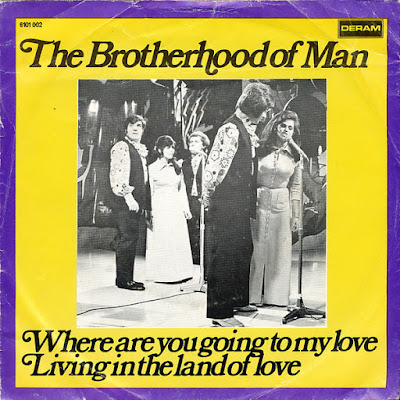