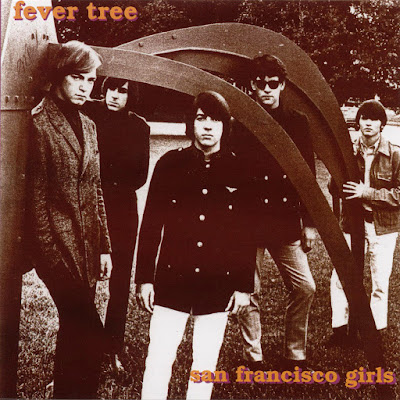 The stone cold classic debut album from 1967 by Houston Texas based Fever Tree. Dennis Keller's Jim Morrisson like vocals are mixed into a brew of West Coast harmony psych, featuring orchestration, harpsichord and tight acid fuzz guitar work. The spooky dreamy production of Fever Tree's debut perfectly captured the mystery and LSD soaked wonder of The Summer of Love, and although those days are sadly gone, this album remains. Taken from the master tapes and with five previously unreleased tracks, this is one of the best in its class.

Originally known as Bostwick Vine, they formed in Houston in 1966 and quickly became known as Fever Tree. Michael Knust had earlier been a solo artist. Like many other Texan bands of this era, they spent time in San Francisco and many actually believed them to be Californians. This was partly due to their Top 100 U.S. hit San Francisco Girls, which reached No. 91.

Their first album was excellent, and reached No. 156 in the charts, but then decline set in. The remaining three each had moments of merit, particularly the second and third, which got to No.'s 83 and 97 respectively in the charts. However the last album was released during a period when the group was breaking up, and appears to have been completed using session musicians. The liner notes to the ERA CD suggest that many of the tracks were outtakes from earlier LPs.

Michael Knust reformed the band in 1978, recording a four-track EP Fever Tree Return and the Live At Lake Charles 1978 CD, which was released in 1998. The group style is best described as "Fever Tree gets funky", and neither release is recommended.

Kevin Kelley joined the band from The Byrds (and went on to play in Jesse, Wolff and Whings) ; Clarry and Blanchette were both earlier in The Sherwoods.

San Francisco Girls remains the best guide to their material. 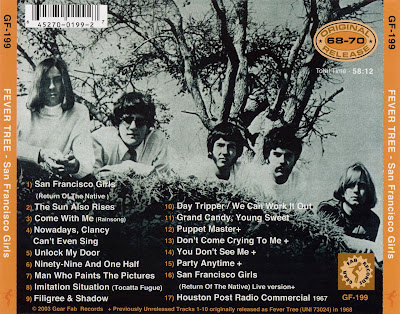