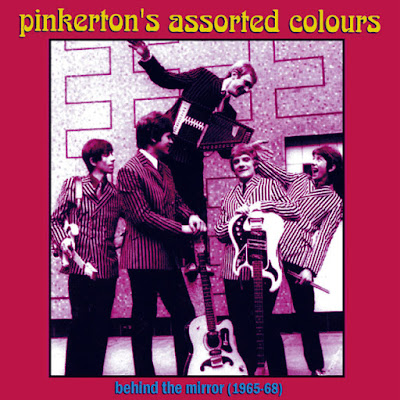 Biography by Bruce Eder
Formed in Rugby in 1964, the first line-up of this band -- originally known as The Liberators -- was Samuel ("Pinkerton") Kemp on autoharp and vocals, Tony Newman on rhythm guitar, Tom Long on lead guitar, Barrie Bernard playing bass, and John Wallbank on the drums. Following a brief hook-up with producer Shel Talmy, which resulted in one single, Wallbank exited the line-up, to be replaced by Dave Holland. The quartet were seen and signed by Reg Calvert, the manager of the Fortunes, after which they changed their name to Pinkerton's Assorted Colours and adopted brightly colored costumes for their stage act. Their sound was an amalgam of folk and pop, highlighted by the use of an electric autoharp, which the band used in a manner somewhat similar to that of the Lovin' Spoonful. In late 1965, Pinkerton's Assorted Colours were signed to Decca Records, and they cut their debut single that year with future Moody Blues producer Tony Clarke. That record, "Mirror, Mirror," a band original written by Tony Newman, became a No. 8 British hit in 1966. They had one more minor chart entry, "Don't Stop Loving Me Baby," later in the year, but that was their last hit and after the failure of "Magic Rocking Horse," they left Decca to sign with Pye Records, and even a name change to "Pinkerton's Colours" didn't make their records more appealing. Ian Coleman later replaced Barrie Bernard (who joined Jigsaw) on the bass, but the group's days were numbered, and they faded away as the 1960's wore on. In 1968, after their failure with the Pye single "Kentucky Woman," Pinkerton's Colours -- with Steve James now on lead guitar -- transformed themselves into Pinkertons, and finally turned into Flying Machine, who released one album in a pop-psychedelic mode, in 1970. 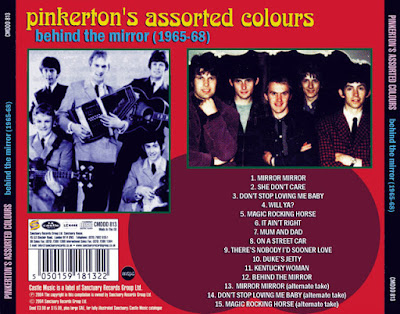