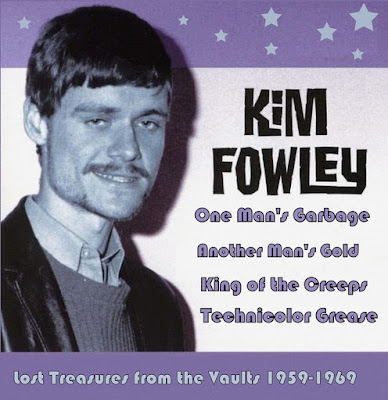 One of the most colorful characters in the annals of rock & roll, Kim Fowley was, over the course of his decades-long career, a true jack-of-all-trades: singer, songwriter, producer, manager, disc jockey, promoter, and published poet. He was also the catalyst behind much of the pop music to emerge from the Los Angeles area during the 1960s and '70s, guiding several of his associates and protégés to fame and fortune, while remaining himself a shadowy cult figure well outside the margins of the mainstream. more : 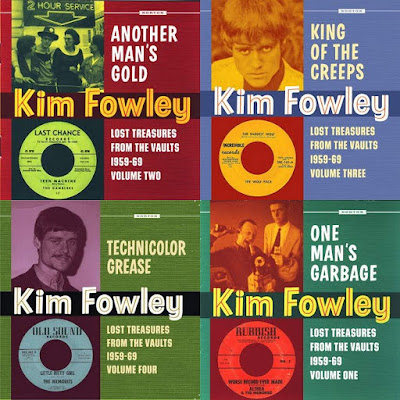 Kim Fowley is a mad genius if the music business has ever produced such a thing; as a songwriter, producer, manager, and idea man, he's enjoyed steady success over the course of a career that's spanned seven decades (!), but there's always been a wild and sleazy undercurrent in his music that befits a man who has frequently gone out of his way to paint himself as a sex-crazed scam artist out for a buck. (Read Fowley's contributions to Marc Spitz and Brendan Mullen's oral history of the Los Angeles punk scene, We Got the Neutron Bomb, or his extended interview in issue nineteen of the garage rock journal Ugly Things for evidence.) Fowley has had his hands in more than a few hit records over the years, but he's also cut at least as many discs that are marvels of perverse inspiration the mass audience could not fathom, and the folks at Norton Records (a label built around inspiration at its most perverse) have given Fowley a chance to share some of his more interesting smash flops in a pair of compilations. One Man's Garbage: Lost Treasures from the Vaults 1959-1969, Vol. 1 features 16 tracks Fowley produced (and sometimes sings) that somehow failed to become hits; in the case of grooving instrumentals like "Bodacious" by the U.S. Rockets or "Inferno" by Johnny C & the Blazers, it's hard to say why they didn't click, but once you get into the joyously dumb "Big Fat Alaskan" by Donnie & the Outcasts, or the oddball novelty disc "The Rebel" by the Players, it seems fairly evident that sometimes Fowley was amusing himself and his friends rather than aiming for the charts, and "I Saw Her First" by Bruce & Jerry (featuring future Beach Boy Bruce Johnston) and "Late Late Show" by the Patterns push the clichés of '60s teen pop into directions that are clearly meant to be parody despite their clean-cut surfaces. And when it comes to stuff like "Surf Pigs" by Fowley and Mars Bonfire and Althea & the Memories' justifiably legendary "Worst Record Ever Made," the man seems to be making some sort of elaborate inside commentary on the ephemeral nature of pop music that's funny and truly bizarre at the same time. On pretty much every song, it's clear Fowley has a way with a tune and a smart lyric (no matter what the thinking is behind it), and this music comes from the era when nearly every studio in Los Angeles was cranking out great-sounding records on a regular basis, so most of this sounds far more professional than one might imagine. One Man's Garbage is a wildly entertaining ride through the roller coaster of Kim Fowley's mind, and his crazed liner notes only add to the fun. 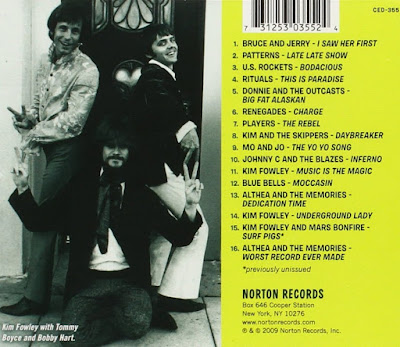 Kim Fowley had been bouncing around the edges of the Los Angeles music scene for a few years when he scored a hit single in 1960 with "Alley Oop," an odd little novelty single credited to the Hollywood Argyles, with Fowley talking hipster style about the once popular comic strip caveman over a simple, clanking backing track. "Alley Oop" convinced Fowley that the public had a taste for the eccentric and gimmicky if it was packed right, and ever since, the man has been delivering the eccentric and gimmicky as a songwriter, producer and occasional recording artist on a regular basis. The cultural archivists at Norton Records have paired up with Fowley to collect some of the more interesting items from his career in the music biz, and Another Man's Gold: Lost Treasure from The Vaults 1959-69: Vol. 2 pulls together 16 oddball single sides Fowley produced during his heyday. Another Man's Gold isn't quite as aggressively quirky as its companion volume One Man's Garbage (which includes Althea & the Memories' inarguably amazing "Worst Record Ever Made"), but that's not to say Fowley doesn't dig up some prize winners here, most notably a head-scratching comedy routine by the Players called "Memories of a High School Bride," the "Johnny B. Goode" parody/ripoff "Surfer's Rule" by the Rituals, and a pair of hilariously dated topical items, "Long Hair, Unsquare Dude Called Jack" by the Hollywood Argyles and Fowley's own "Big Sur, Bear Mountain, Ciro's, Flip Side Protest Song," a folk-rock experiment that goofs on protest numbers while name dropping Bob Dylan and the Byrds. Of course, one of the reasons Fowley was able to get away with cutting crazy stuff like this for so long is that he would occasionally score a hit, and if there aren't any here, a bunch of the songs on this disc are pretty great, such as the killer instrumentals "Ghost Train" by the Renegades and "Teen Machine" by the Gamblers, as well as a couple solid girl group numbers in "Gone But Not Forgotten" by the Cover Girls and "Eleventh Commandment of Love" by Bonnie & the Treasures. And even when he was aiming for weirdness, Fowley's knack for a hook and a witty lyric meant he was better at it than most of his peers, and though Another Man's Gold isn't as strong as its sibling collection, it confirms that the man's archive doubtless merits greater investigation (and his liner notes suggest this man ought to try writing his autobiography one of these days, which ought to be one crazed read if it ever happens). 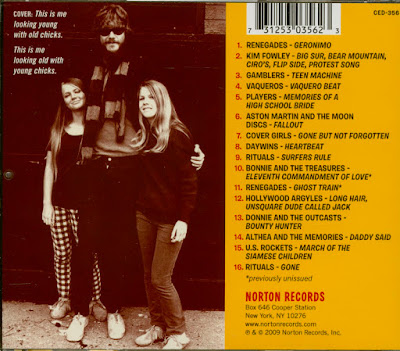 Vol.3  King of the Creeps

King of the Creeps is not a collection made up of Kim Fowley performances (though a few are sprinkled in), but is rather the third volume by Norton Records exploring obscure singles written/produced/hustled by the legendary rock 'n roll maven.

The third volume, King of the Creeps, does include some very legit releases. There's the beautiful doo-wopper "No More" by the Uptones, and the Coasters-styled vocal group sounds of Knights of the Round Table. There's an idea so genius I can't believe I've never heard anyone else try it: An answer record to "Hey Joe" with "Wanted: Dead or Alive" by The Rogues. There's the solid garage pop of "Goin' Away Baby" by the Grains of Sand. Aiming for and squarely knocking down the trash bin is The Renegade Five's tale of a girl who's "Young and Wild," and Fowley's own classic proto-drug disc "The Trip." Then there's the WTFers, like Fowley's first solo single, "Astrology," which turns "Happy Birthday" into the weirdest teener ever via Bobby "Boris" Pickett-styled vocalizing, and the inimitable "Moses" by The Navarros ("Where was Moses when the lights went out/he's in the dark."). Hoo boy. There is also "Got Me Stupid" by E. Zane Wood and the Dominion, which must be heard to be believed. And that's just a part of what's here, along with the stories behind the records penned by Fowley himself. 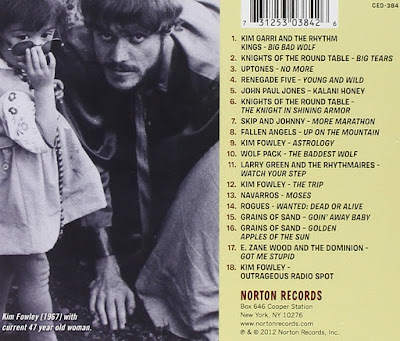 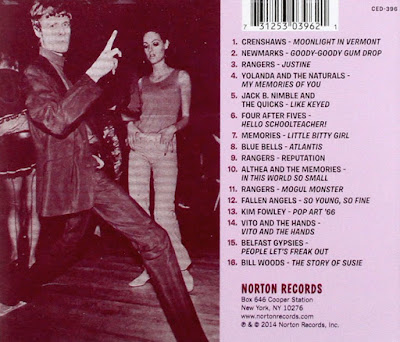 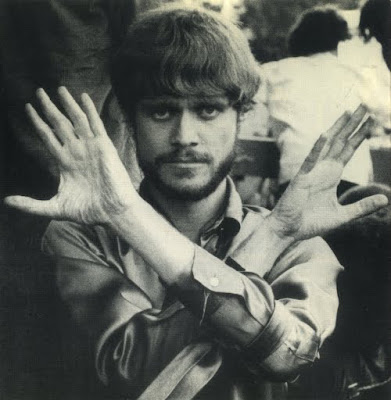