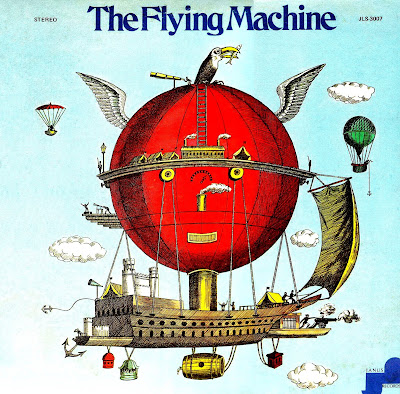 The Flying Machine first rose out of the ashes of British band Pinkerton's Assorted Colours. Pinkerton's (as they were often known, for short) had scored a major UK hit with "Mirror Mirror" in 1966 and continued recording over the next few years. However, by 1969, singer/guitarist Tony Newman, singer/autoharpist/original frontman Sam Kempe, and bassist Stuart Colman from Pinkerton's had teamed up with lead guitarist Steve Jones and drummer Paul Wilkinson to form a new iteration of the group and, with Newman now assuming lead vocal/frontman duties, took the name The Flying Machine.

They are best known for their single in 1969, "Smile a Little Smile for Me", which peaked at No. 5 on the U.S. Billboard Hot 100 chart (on Kapp Records' Congress record label) It also reached No. 6 on the AC chart. Their first LP, which was self-titled, was released by Janus Records in 1969. By 12 December that year the single had sold a million copies and was awarded a gold disc by the R.I.A.A.[4] The song was written by Tony Macaulay and Geoff Stephens. Despite being released by Pye Records in the band's home country of England, the record did not appear on the UK Singles Chart.

A follow-up single, a cover version of "Baby Make It Soon", first recorded by Marmalade, achieved the U.S. Hot 100 the following year.[6] A final single, "The Devil Has Possession Of Your Mind", was released, after which the Flying Machine split up.

Bassist Colman went on to a successful career as a session musician, record producer and BBC Radio disc jockey. 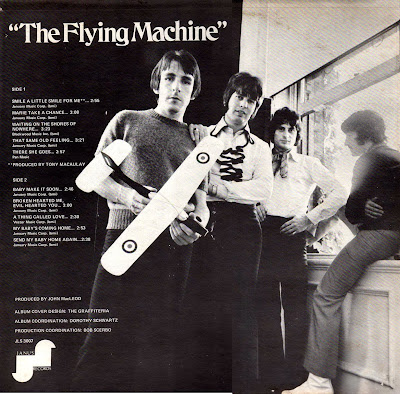