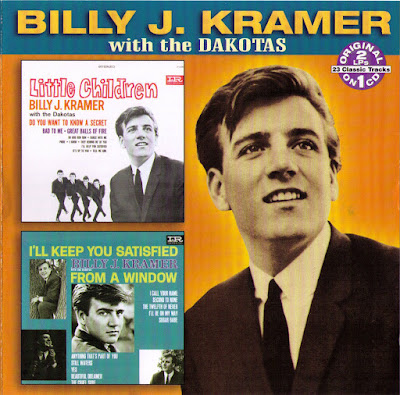 William Howard Ashton, 19 August 1943, Bootle, Merseyside, England. Kramer originally fronted Merseybeat combo the Coasters, but was teamed with the Manchester-based Dakotas - Mike Maxfield (b. 23 February 1944; lead guitar), Robin McDonald (b. 18 July 1943; rhythm guitar), Ray Jones (b. 22 October 1939, Oldham, Lancashire, England, d. 20 January 2000; bass) and Elkie Brooks’ older brother Tony Mansfield (b. Anthony Bookbinder, 28 May 1943, Salford, Lancashire, England; drums) - upon signing to Brian Epstein’s management agency. Having topped the UK charts with the Beatles’ ‘Do You Want To Know A Secret’ (1963), Kramer’s UK chart success was maintained with a run of exclusive John Lennon / Paul McCartney songs, including the chart-topping ‘Bad To Me’, ‘I’ll Keep You Satisfied’ (number 4) and ‘From A Window’ (number 10). ‘Little Children’ (1964), penned by US writers Mort Shuman and John McFarland, gave the group a third number 1 and their first taste of success in the USA, reaching number 7. This was quickly followed by the reissued ‘Bad To Me’ which also reached the Top 10. Their chart reign ended the following year with the Burt Bacharach -composed ‘Trains And Boats And Planes’ peaking at number 12 in the UK. 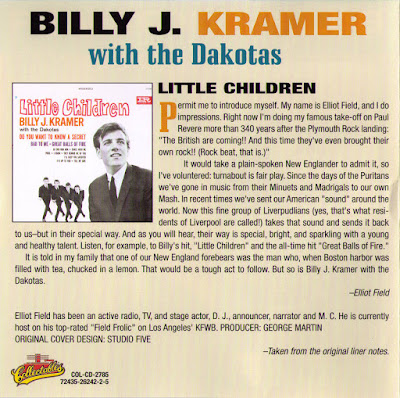 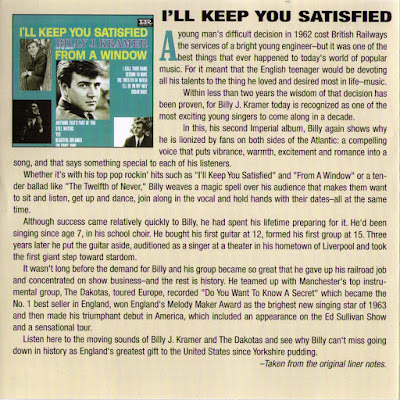 Although subsequent efforts, most notably the lyrical ‘Neon City’, and a fine version of 'We’re Doing Fine’ proved effective, Kramer’s career was firmly in the descendent. He embarked on a solo career in January 1967, but having failed to find a new audience, sought solace on the cabaret and nostalgia circuit. Kramer had the good looks and had a warm semi-baritone voice that was effective, ultimately his weakness was in being supplied with poor material after the Lennon/McCartney association dried up. 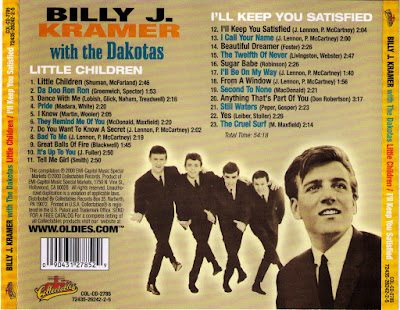