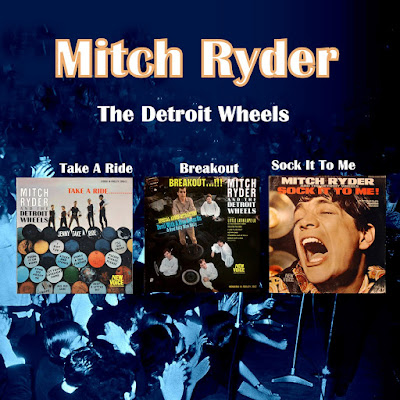 The debut album of Ryder and the Wheels, fresh from the teenage ballroom circuit in Detroit, where they held court in earlier days as Billy Lee & the Rivieras. One of the defining moments in the history of Motor City music, Take a Ride is the sound of poor White kids claiming the music as theirs, too, while infusing it with the manic energy of the color-blind dreams of anybody who ever wanted to be somebody. Built entirely around their stage act, this album captures a band in full cry at the peak of their powers. This is what they mean when they say the words "high-energy Motor City rock & roll." 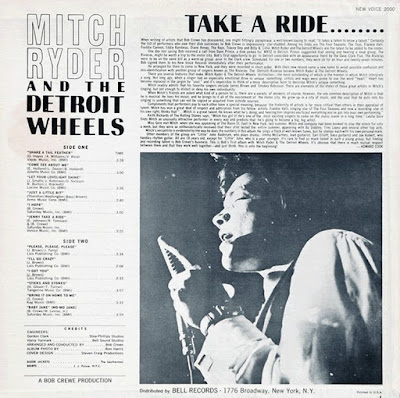 Ryder & the Wheels' second album, featuring the classic "Devil with a Blue Dress On/Good Golly, Miss Molly" workout, continues the pattern of their debut; strong renditions of R&B classics, chopped and channeled and revved up to maximum torque. With the use of the original two-track master, the sound of it fairly sparkles. 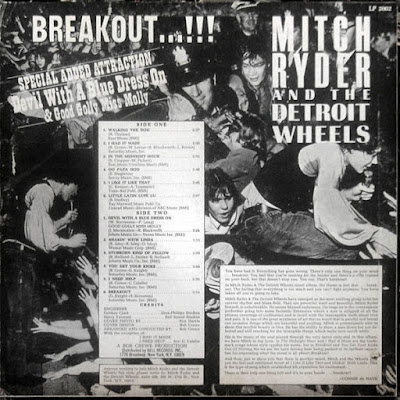 Sock It To Me!

Ryder's last album with the Detroit Wheels before going solo finds the material reverting to producer Bob Crewe's readymades, no match for the authentic R&B found on the first two albums, but still strutted out with typical Detroit-like flair. Three bonus tracks and the use of the original stereo masters makes this a must-have for serious Mitch Ryder collectors. 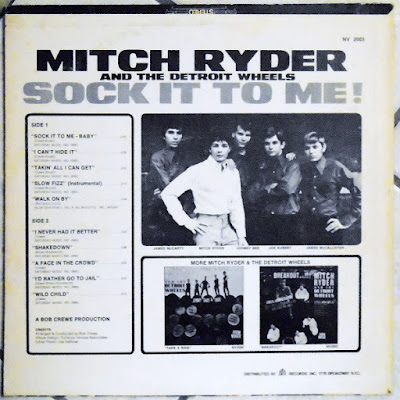