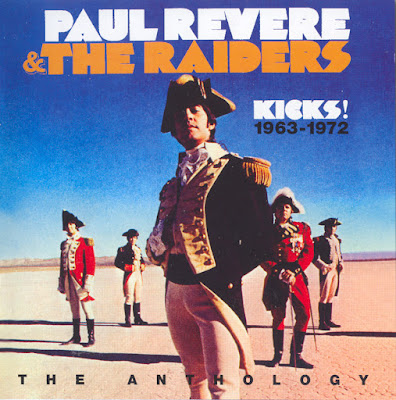 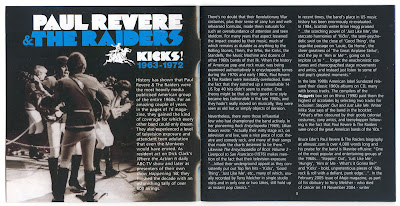 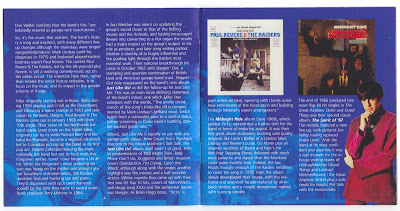 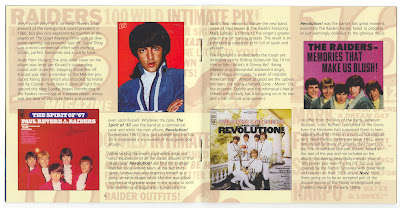 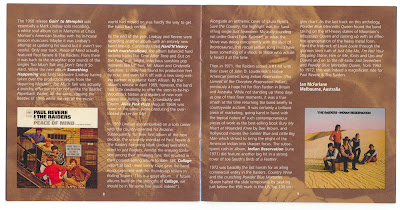 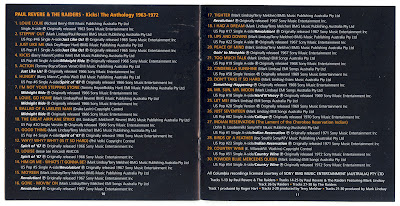 Review by Mark Deming
Paul Revere & the Raiders didn't have an especially high perceived hipness quotient by the time their run as hitmakers came to a close in the mid-'70s, thanks to their revolutionary war costumes, their near-constant presence on television, and their goofy sense of humor. Then again, it might have been hipper to like Kansas or Emerson, Lake & Palmer by that point, but how many folks listen to them of their own volition today? Slap Kicks! The Anthology 1963-1972 into your CD player and you'll get 77 minutes of high quality proof that the Raiders and their music have truly stood the test of time -- this is prime quality American rock & roll, replete with killer hooks, tough guitars, and high attitude vocals. While garage rock enthusiasts have come around to the virtues of the Raiders in recent years, Peter Shillito's track sequence dares to venture beyond the band's glorious fuzztone period into the final post-"Indian Reservation" years of the original lineup, and he's cherry-picked enough worthy tracks to support the argument that they managed to quit before they began to flat-out suck. While fans of "Louie Louie" won't have much use for "Country Wine," "Birds of a Feather" is a pleasingly sunny slice of country-accented pop, and "Just Seventeen" and "Powder Blue Mercedes Queen" are unexpectedly muscular hard rock. And can you really argue against an album that has "Just Like Me," "Hungry," "Good Thing," "Him or Me -- What's It Gonna Be" and "Kicks" on it? Not to mention the equally brilliant if lesser known "The Great Airplane Strike," "Ballad of a Useless Man" and "Louie Go Home"? Paul Revere & the Raiders were masters of that most vital of all rock formats, the three-minute single, and Kicks! The Anthology 1963-1972 collects thirty of their best sides on one disc. If this isn't the definitive Paul Revere collection, it's close enough to satisfy nearly anyone with a taste for their many virtues. 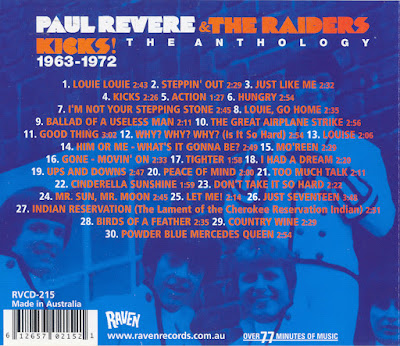