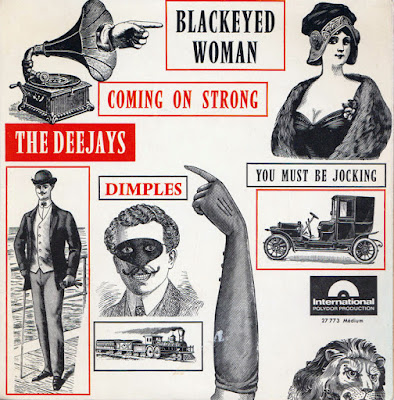 London beat group active in the mid-1960s.
Thanks to Roland Ferneborg (manager of The Spotnicks), they came to Sweden in 1963 for a two months tour. It became five years. In the summer drummer Derek Skinner left for the Spotnicks and Earl Morgan replaced. 1964 Vallons (vocalist) went back to England to wife and kid, and John Murray was engaged. At this time they shortened the name to Deejays. The other members were Pete Clinton (guitar) and Buzz Nelson on Bass. 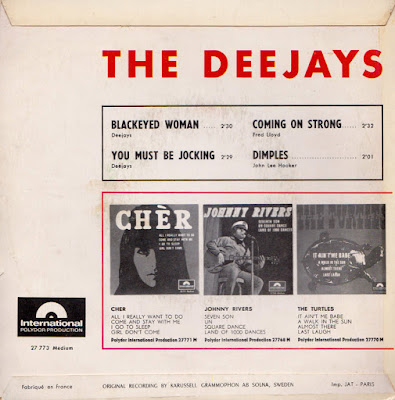 Email ThisBlogThis!Share to TwitterShare to FacebookShare to Pinterest
tags The Deejays