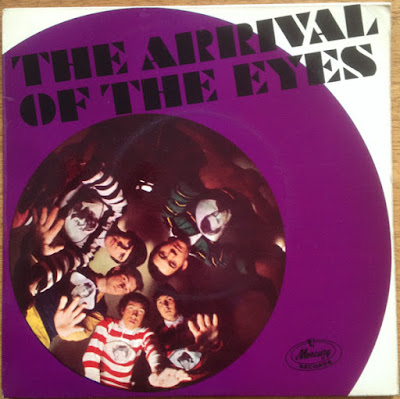 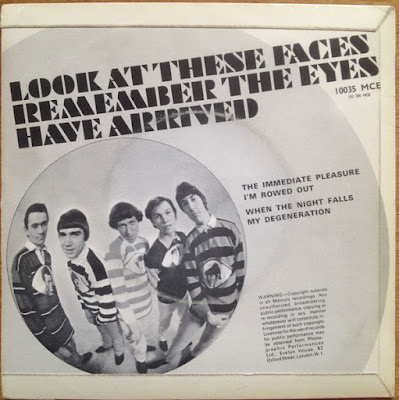 The Eyes were Barry Allchin (bass), Brian Corcoran (drums), Phil Heatley (guitar), Chris Lovegrove (lead guitar) and Terry Nolder (vocals). The band evolved out of an outfit called The Renegades, an instrumental combo, who, when they added a vocalist, became known as Gerry Hart and The Hartbeats. The name change to The Eyes came during 1964. The Eyes made one of the most collectable EPs of the sixties era. The Arrival of the Eyes was released in 1966, and contained both sides of their first two singles, "When The Night Falls" / "I'm Rowed Out" and "The Immediate Pleasure" / "My Degeneration".

Rare Record Price Guide links the album A Tribute To The Rolling Stones, by The Pupils, with The Eyes - The Pupils being a likely pseudonym for "The Eyes".

Email ThisBlogThis!Share to TwitterShare to FacebookShare to Pinterest
tags The Eyes