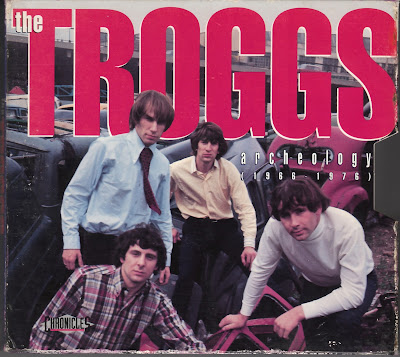 Review by Richie Unterberger
A double-CD, 52-track box set that proves there was a lot more to The Troggs than "Wild Thing" and "Love Is All Around." This archetypally primitive British Invasion quartet scored many hits in the U.K. that barely dented the charts in the U.S., like "With A Girl Like You," "Night Of The Long Grass," and the notoriously racy "I Can't Control Myself." They're all here, along with notable album cuts, B-sides, and worldwide post-1968 flops. Primitive they may have been, but The Troggs -- who wrote most of their own material -- did not lack a flair for hard pop hooks, and could display a surprising delicacy in their ballads. Several of their obscure singles and album tracks are equal in worth to their hits, like the gothic but pretty "Cousin Jane," and the witty light psychedelia of "Maybe the Madman" and "Purple Shades." Some of the '70s hard rockers and glammish novelties are unimpressive, and 52 songs is arguably excessive. But there are a fair number of obscure gems to be found on this well-annotated package. 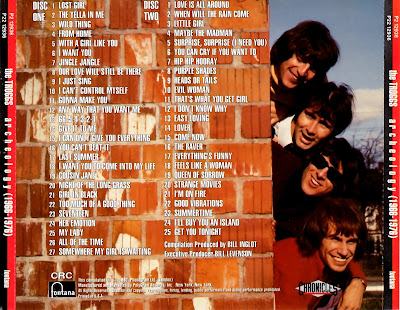 Email ThisBlogThis!Share to TwitterShare to FacebookShare to Pinterest
tags The Troggs