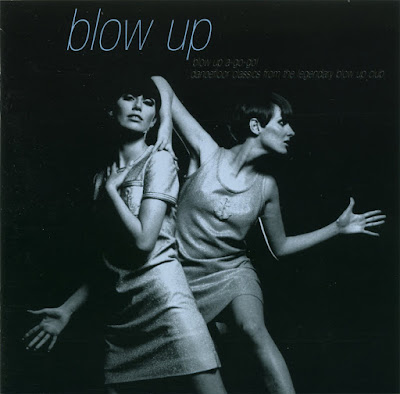 This album was released in November 1999 in conjunction with V2 Records as a collection of some of the classic tracks that have been essential to the sound and legend of the Blow Up club, and as a result the compilation has become legendary in its own right.

Covering Sixties Soul and R'nB, Dancefloor Jazz, Easy Listening, Northern Soul, Soundtracks, Gritty Hammond Grooves, and featuring classics both new and old that have filled the Blow Up Dancefloor over the years, Blow Up A-Go-Go! introduced such delights as The Quik's 60s mod classic 'Bert's Apple Crumble', The Kinks B-Side 'She's Got Everything', Jacques DuTronc's 'Le Responsable' and more to a much wider audience for the first time. Since its release, many of the tracks have become even more recognisable from their subsequent use on various TV adverts.

The compilation takes its title from the second track 'Blow Up A-Go-Go!' which was taken from another label compilation Blow Up presents Exclusive Blend Volume 2. The track was originally entitled 'Wild Elephants' (early pressings of Exclusive Blend list this original title) but was renamed as a thank-you after the track was picked up from the album and used by Gap jeans in their  'Khaki-A-Go-Go' 1999 TV ad campaign. 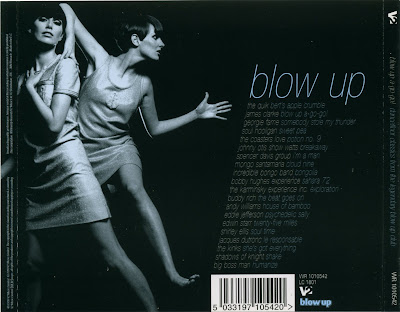