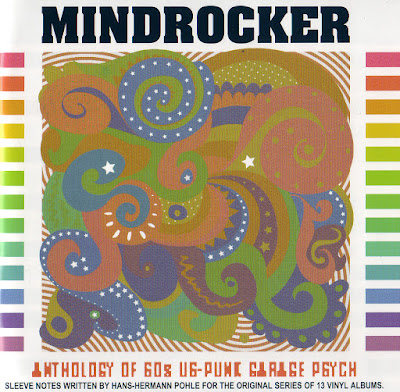 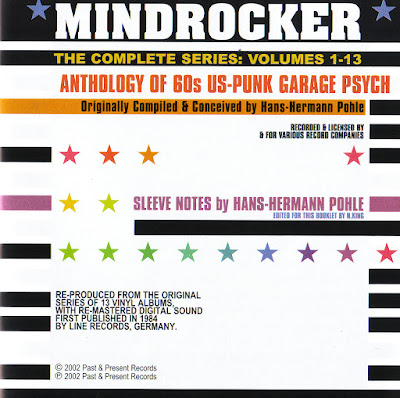 So just how much garage rock do you really need? This 13-disc box set begs that particular question, and not just because of its bulk. In 1979, as interest in rare 1960s garage rock singles was growing among collectors and music fans, the first Pebbles compilation appeared, and (in the manner of Lenny Kaye's influential 1972 collection Nuggets) featured 16 classic obscurities from the mid-'60s. The first Pebbles LP spawned a flood of similar albums over the next ten years, and in 1981 the first volume of the Mindrocker reissue series appeared from Germany. Compiled by Hans-Hermann Pohle, the Mindrocker albums (named for a celebrated single from the band Fenwyck) featured many notable U.S. garage and psychedelic rarities in better sound quality than most similar compilations; several of the early garage compilations were of dubious legality and fidelity (the early Pebbles volumes were nothing to write home about from an audio standpoint, even though the music was great), while Pohle insisted his albums were mastered from original tapes and were fully licensed. Eventually, the Mindrocker series grew to 13 volumes, and Mindrocker: Anthology of 60s US-Punk Garage Psych is a limited-edition box set that features the complete series on CD, along with a 96-page booklet with notes on every act featured. There's plenty of fine music here, but with close to 200 songs, some of these tracks are just filler, and others barely qualify as garage rock (the Hardly Worthit Players' novelty version of "Wild Thing" as sung by "Senator Bobby"? Jeannie Piersol's lovelorn pop ditty "Gladys"?). Just as importantly, a lot has happened in the world of '60s garage anthologies since the Mindrocker series kicked off in 1981; Rhino's 1998 Nuggets box set is rightfully considered to be the Gold Standard of garage rock compilations, and the Mindrocker box doesn't hold a candle to it in terms of killer-to-filler ratio, sound quality, and informative liner notes. While the sizable majority (though clearly not all) of the tracks on the Mindrocker box appear to have been sourced from tapes, the mastering doesn't flatter the sound of the music, and much of the material has a slightly flat, mid-range heavy tone even though better audio quality is now common on such collections. While a number of these tracks were hard to find in 1981, the explosion of quality garage reissues in the digital age has made much of this music fairly easy to track down, and often in superior fidelity. With comprehensive anthologies (or full original albums) by the likes of the Moving Sidewalks, the Music Machine, the Sparrow, We the People, the Fire Escape, and the Blues Things on the market, the presence of multiple selections by all of them here isn't the draw it once was. Given the short playing time of most of the original LPs, most of these volumes could have been doubled-up on CD with 28 songs per disc rather than 14, making the set a lot more portable. And since most of the best material is readily available elsewhere, the Mindrocker box set is going to duplicate a lot of what serious garage fans are likely to already have, with no new discoveries to compensate. Ultimately, only the most obsessive completist garage rock collector is going to need this box, and even then, an awful lot of it is going to be redundant; better to track down the individual volumes relevant to your interests than to fork over for this well-intended but indifferently executed set. 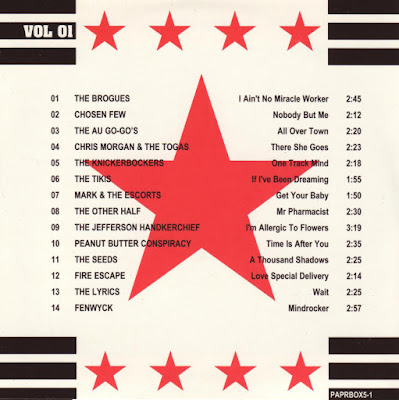 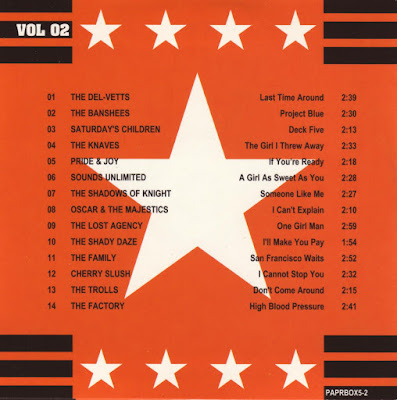 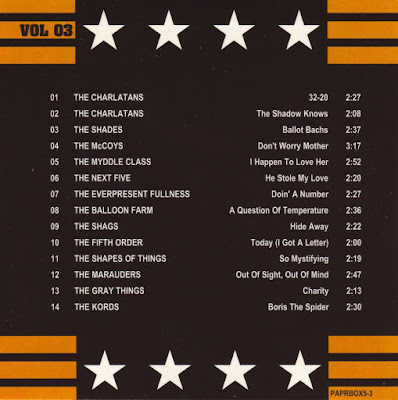 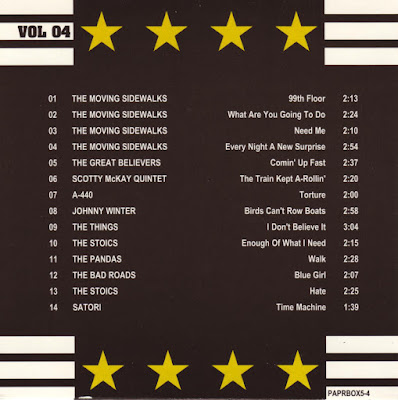 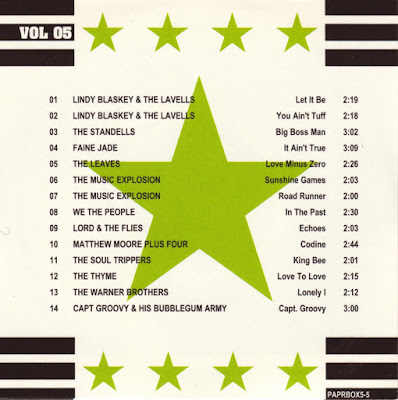 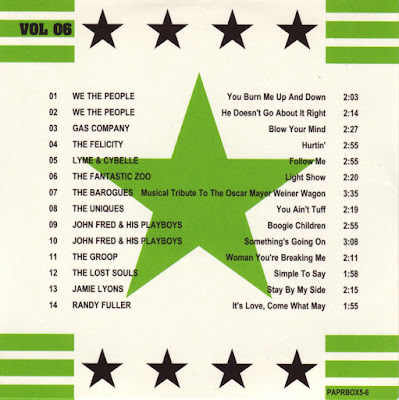 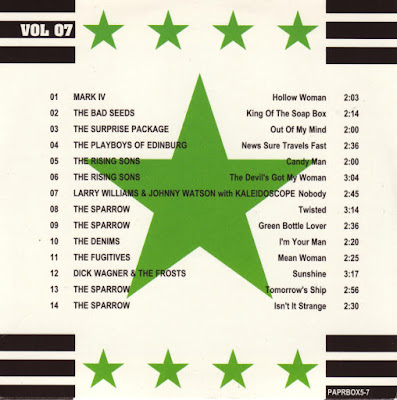 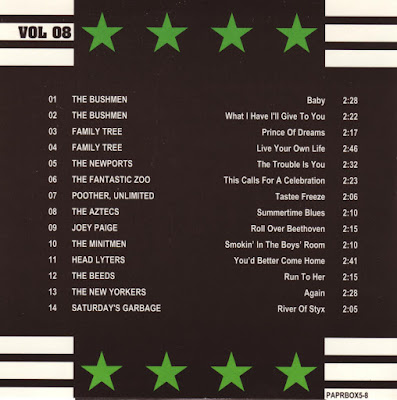 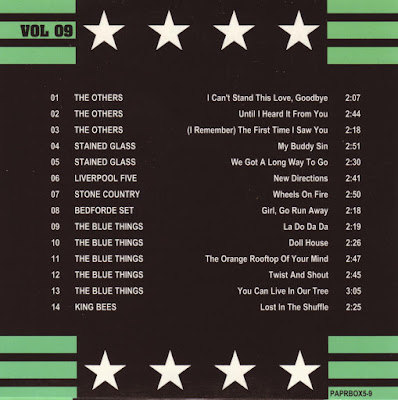 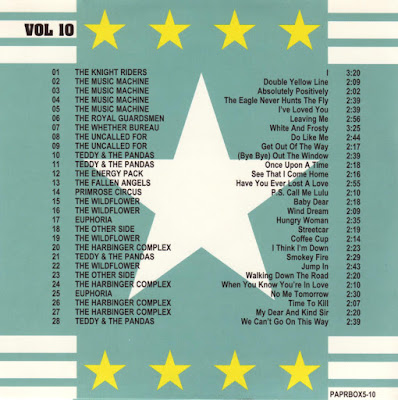 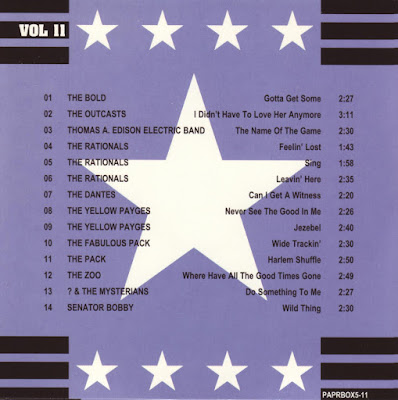 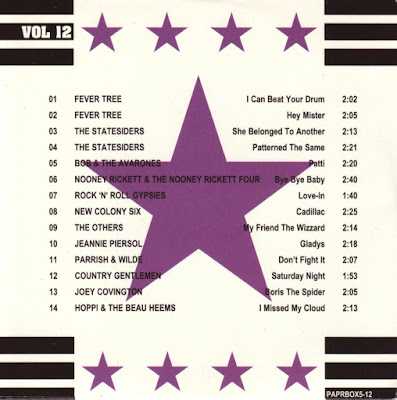 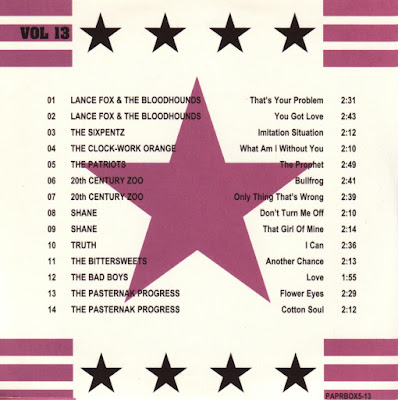