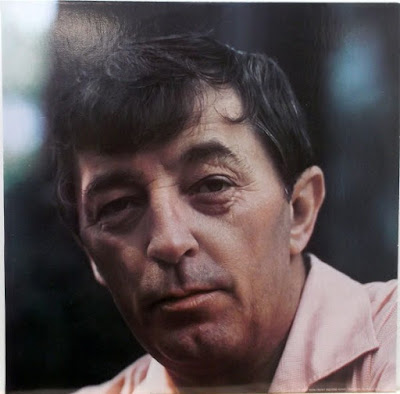 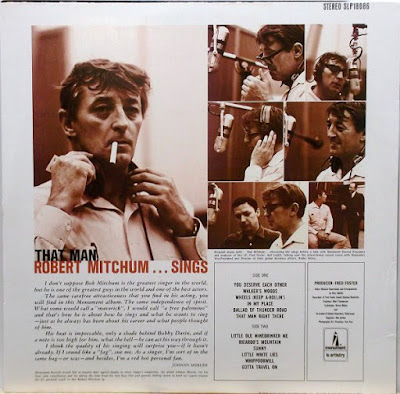 Unlike most celebrity vocalists, Robert Mitchum actually had musical talent. Music was never anything more than an occasional sideline to his acting career, but he recorded sporadically throughout the years. That Man, Robert Mitchum, Sings collects all of his commercial recordings from the '50s and '60s, including the complete albums Calypso Is Like So (1957) and That Man (1967), plus the hit single "Ballad of Thunder Road." The latter, a song Mitchum wrote for his film Thunder Road, charted twice for him and once for the bluegrass duo Jim & Jesse, who covered it for the country market in the late '60s. Calypso Is Like So is one of many albums of its era designed to cash in on the calypso craze, but is a cut above the typical offering because of Mitchum's obvious fondness for the style and the humorous songs, most of which comment on the war between the sexes. "What Is This Generation Coming To" addresses rock & roll and the generation gap, and "From a Logical Point of View" is based on the same calypso tune as Jimmy Soul's later hit "If You Wanna Be Happy." In a completely different vein, That Man is a country album Mitchum cut for Monument Records after hearing Charlie Walker's "Little Ole Winedrinker Me," which Mitchum included on the album. That song became a big country hit for Mitchum, and the rest of the album is just as good. He sings an assortment of pop and country hits, a new version of "The Ballad of Thunder Road," and a lovely pop ballad he composed, "Whippoorwill," all in a style similar to Dean Martin's country recordings.