The Sorrows - Take A Heart / Plus 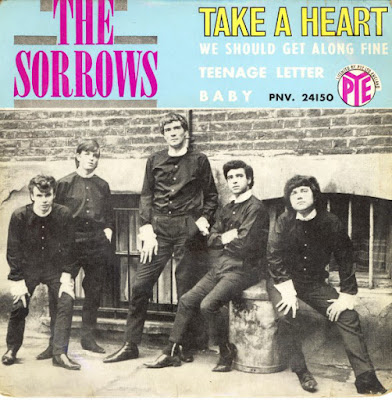 One of the most overlooked bands of the British Invasion, the Sorrows offered a tough brand of R&B-infused rock that recalled the Pretty Things (though not as R&B-oriented) and the Kinks (though not as pop-oriented). Their biggest British hit, "Take a Heart," stopped just outside the U.K. Top 20; several other fine mid-'60s singles met with either slim or a total lack of success. With the rich, gritty vocals of Don Fardon, taut raunchy guitars, and good material (both self-penned and from outside writers), they rank as one of the better British bands of their era, and certainly among the very best never to achieve success of any kind in the U.S. After their sole LP (also titled Take a Heart), they issued a couple of singles with psychedelic and Dylanesque overtones, and had somehow relocated to Italy in the late '60s, where they played out their string with material in a much more progressive (and less distinctive) vein. Don Fardon had a Top 20 hit in America with a pre-Raiders version of "Indian Reservation" in 1968. 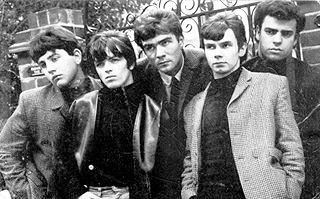 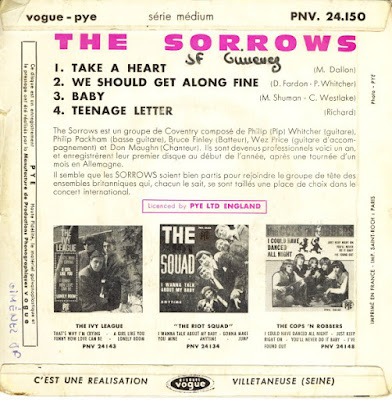 The Sorrows - Take A Heart & Singles 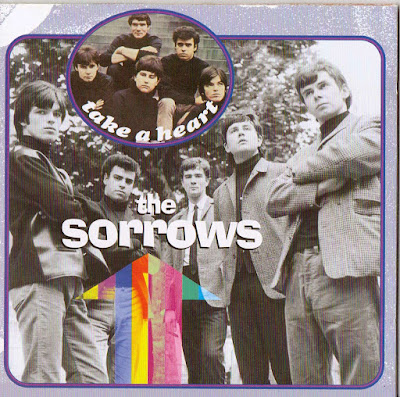 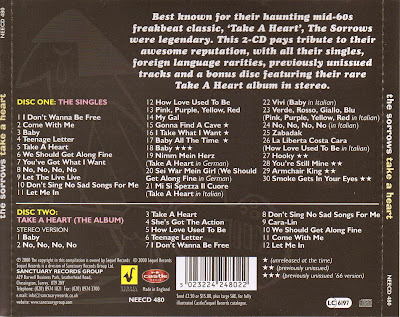 Email ThisBlogThis!Share to TwitterShare to FacebookShare to Pinterest
tags The Sorrows